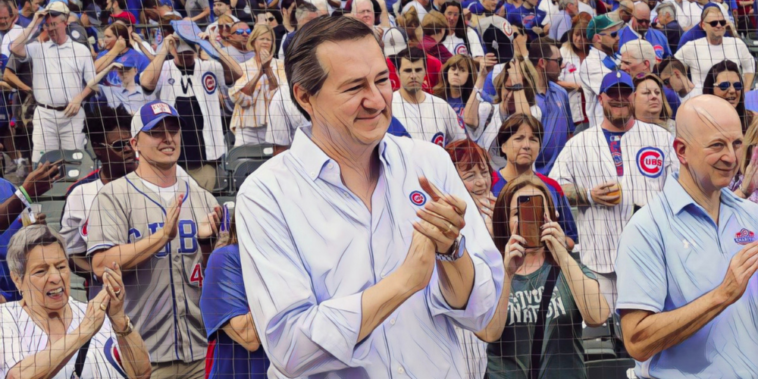 Rival bidders for Chelsea are ‘angry’ at what is perceived to be ‘preferential treatment’ towards a consortium fronted by the Ricketts family.

The Ricketts family, who own the Chicago Cubs baseball team and have the backing of the US billionaire Ken Griffin, are one of several parties looking to takeover at Stamford Bridge following the sanctions placed on owner Roman Abramovich.

The Times have revealed that there is unrest among rival bids over preferential treatment towards the bidders, amid fears the US bank leading the sales process, The Raine Group, breached rules of the process.

It has emerged that The Raine Group asked Chelsea chairman Bruce Buck to arrange a meeting between Tom Ricketts and Paul Canoville, following comments from Canoville calling for the bid from the Ricketts family to be discarded.

Canoville, Chelsea’s first black player, outlined his stance following the reveal of racist comments made by Joe Ricketts, the head of the Ricketts family.

The meeting took place last week before the Ricketts family were confirmed to be on a final four-strong shortlist and rival bidders believe the contact with Buck – who will work with Raine to select a final bidder – is ‘grossly unfair’.

Each, however, are fearful that the meeting between Buck and Tom Ricketts is an indication of their stance, with The Raine Group having also previously worked alongside the Ricketts family.