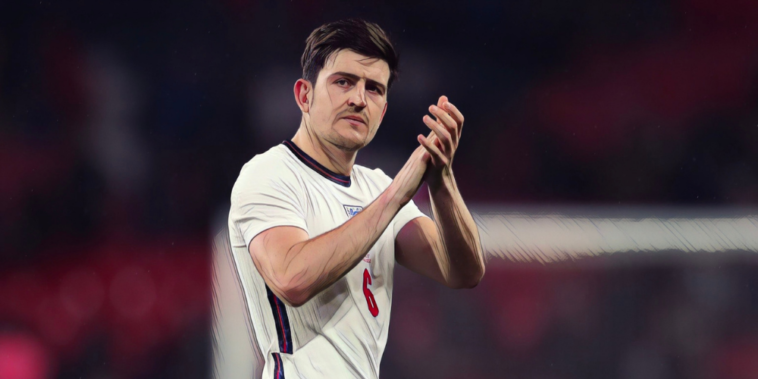 Gareth Southgate has refused to guarantee Harry Maguire a starting spot in England’s World Cup team as the Three Lions prepare for Qatar 2022.

Maguire was included in the England squad for the recent friendly wins over Switzerland and Ivory Coast despite a difficult season at club level, with Southgate having backed the Manchester United defender given his previous performances on the international stage.

Maguire was jeered by sections of the crowd during the 3-0 win over the Ivory Coast on Tuesday, a response which has since been condemned by Southgate and several senior teammates.

The 29-year-old faces increased competition for a place at centre-back with Marc Guehi and Ben White handed opportunities during the international break and Southgate insists none of his squad are guaranteed starters for this winter’s World Cup.

“I’m not going to give any of them that because they’ve got competition for places,” Southgate said. “This week, we’ve seen Marc Guéhi and Ben White play extremely well. I think Tyrone Mings’s record of clean sheets with England is outstanding. We weren’t able to get John Stones on the pitch [because of injury].

“Yes, Harry has been in our No 1 pairing through those tournaments and has my full backing and support. But equally I’m not going to say to anybody in the middle of March that they are a guaranteed starter in the World Cup team. That’s not the environment I’m looking to create and not the competition we are going to need.”