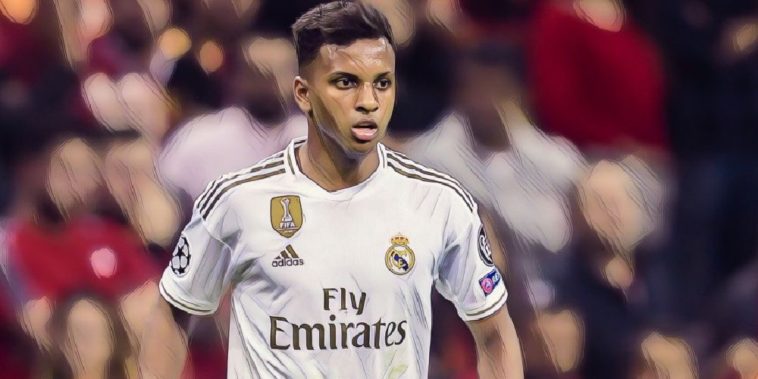 Four fixtures into the Champions League group stage and only three sides have secured their place in the knockout stages, the latest round of games seeing some enthralling action including a thrilling draw between Chelsea and Ajax at Stamford Bridge.

It was mixed fortunes for the Premier League sides, Liverpool and Tottenham securing vital wins but it was less positive for Manchester City who dropped points at Atlanta and finished with defender Kyle Walker in goal.

Here is The Football Faithful‘s Champions League Team of the Week for Matchday 4:

The Czech minnows must have cursed their luck when the draw for the group stage was made in August, being pitted alongside three former winners of the tournament in Barcelona, Inter Milan and Borussia Dortmund in what many viewed as the ‘Group of Death’.

Heading to one of the most formidable stadiums in European football in midweek, Slavia battled valiantly at Barcelona on Tuesday night, with goalkeeper Ondrej Kolar amongst their stand-out performers.

The shot-stopper dealt with everything thrown his way to frustrate likes of Lionel Messi and Antoine Griezmann, helping to secure a memorable point for his side.

See also – Five of the best outfield players in goal

The flying full-back has been a revelation in the Champions League for Borussia Dortmund this season, scoring four times in four appearances including a brace in their midweek comeback win against Inter Milan.

The victory moved Dortmund three points clear of the Italian side, Lucien Favre’s side coming back from two goals down at half-time to secure a precious home victory.

Key to their win was on-loan Real Madrid youngster Hakimi, who once again showed his threat down the right-hand side by scoring twice. First he ghosted into the box to tap home Dortmund’s first, before latching onto Jadon Sancho’s pass to fire home a fine winner.

The Bundesliga side look well placed to reach the knockout stages for the first time in their history, having won three of their four group stage fixtures so far.

Their latest was a 2-0 win at Zenit St Petersburg, young defender Upamecano shining as the only recognised centre-back in Julian Nagelsmann’s side.

In difficult circumstances and opposed to the powerful Artem Dzyuba, the 21-year-old marshalled the defence with real authority.

One of the best young CBs on the planet. ? pic.twitter.com/aoAnadsoev

Perhaps one of the most intriguing and competitive groups in this season’s competition, Lyon took a huge step towards qualification for the knockout stages with a vital victory over Benfica in France.

Summer signing Joachim Andersen got Lyon off to the perfect start, powering home a header to open the scoring and register his first goal since his move from Sampdoria in July.

The Danish international’s goal helped the club on their way to a 3-1 win, with Rudi Garcia’s side now well placed to reach the knock-out stages for the second successive season.

It’s been a typically turbulent start to the season at Real Madrid, though Wednesday’s 6-0 thrashing of the Bernabeu was a reminder that the 13-time European champions still possess a threat to Europe’s elite despite their recent struggles.

One of the club’s stalwarts was central to their early destruction of the Turkish champions, providing two assists within the first seven minutes as a timely reminder of his forward qualities.

An injury to the Brazil international was a setback on an otherwise positive night, the long-serving left-back playing his role in a current period of transition for Zinedine Zidane’s side.

A calm presence in an otherwise chaotic group stage fixture, the Italy international has become central to Chelsea‘s best performances under Frank Lampard this season and kept his cool twice when it mattered against Ajax in midweek.

The 27-year-old twice scored from the spot in a thrilling 4-4 draw, the midfielder’s trademark skip in full motion before twice sending Andre Onana the wrong way.

Frank’s fledgelings have shown a lot of character in recent weeks, but it has been one of their most experienced players in Jorginho has led by example.

The Germany international had long been linked with a move to one of Europe’s elite before leaving Bayer Leverkusen for Bundesliga rivals Dortmund this past summer, where he has impressed in the opening months of the new season despite not yet becoming a first-team regular.

The 23-year-old was a key figure in his side’s entertaining comeback win over Inter Milan on Tuesday night, scoring his side’s equaliser and becoming increasingly influential as Dortmund relentlessly attacked in the second period.

Signed for just £22.1m in today’s inflated market, he could prove to be a bargain over the coming seasons.

One of the stars of Ajax’s run to the semi-finals of the competition last season, it came as a surprise to many that none of Europe’s leading clubs opted to take a chance on the Moroccan international during the summer, especially given that it was widely reported that he his contract contains a very modest £25m release clause.

The Dutch champions will no doubt be delighted that the 26-year-old has remained at the club, where he has continued to shine as a brilliantly technical playmaker in Erik ten Hag’s entertaining side.

Ziyech shone during the club’s 4-4 draw at Chelsea, having a hand in three Ajax goals at Stamford Bridge. It was the midfielder’s delicious left-footed delivery that allowed Quincy Promes to score Ajax’s second, before another brilliant in-swinging delivery found its way into the back of the net courtesy of goalkeeper Kepa Arrizabalaga’s face.

He would register another assist by finding Donny van de Beek inside the penalty area, his record now six goals and ten assists in 19 appearances so far this season.

Arguably the star of matchday four, the Real Madrid starlet announced his arrival in European football with a brilliantly taken hat-trick in the club’s demolition of Galatasaray at the Bernabeu.

The 18-year-old joined the club in a €45m deal from Santos during the summer, though despite his significant fee has perhaps gone somewhat under the radar during his opening months in La Liga. Not anymore.

The talented teenager scored twice in the opening seven minutes in midweek, first firing home from Marcelo’s path with his left foot before heading home a cross from the same player just moments later.

He would later turn provider for Karim Benzema, before sealing a ‘perfect’ hat-trick by poking home a right-footed finish in stoppage time.

Rodrigo’s hat-trick made him the second-youngest player ever to net a Champions League treble, with only former Real Madrid legend Raul younger. Not bad company for the emerging star to keep.

The French forward has spent over a decade at arguably the world’s biggest club, scoring over 230 goals and winning four Champions League titles, though has largely avoided the accolades placed upon some of his more illustrious peers.

In the absence of Cristiano Ronaldo the forward enjoyed his best goalscoring season for the club last year, hitting 30 goals in all competitions, and has begun the new campaign in similar fashion.

Benzema netted a double and provided an assist in Real Madrid’s thrashing of Turkish champions Galatasaray in midweek, making it nine goals for the season already.

Maybe it was time he was appreciated more.

After a difficult week for the Tottenham forward, he responded in fine style to move Mauricio Pochettino’s side a huge step closer towards the knockout stages.

The South Korea international was visibly distressed after his part in a horrific ankle injury suffered by Everton‘s Andre Gomes last weekend, though was picked from the start against Red Star Belgrade and produced an impressive performance.

Son inadvertently set up Giovani Lo Celso for the opener in Serbia, before scoring twice himself as last season’s finalists secured an important 4-0 victory. The forward would apologise to Gomes down the camera after scoring his first of the evening, a classy touch from a classy player.