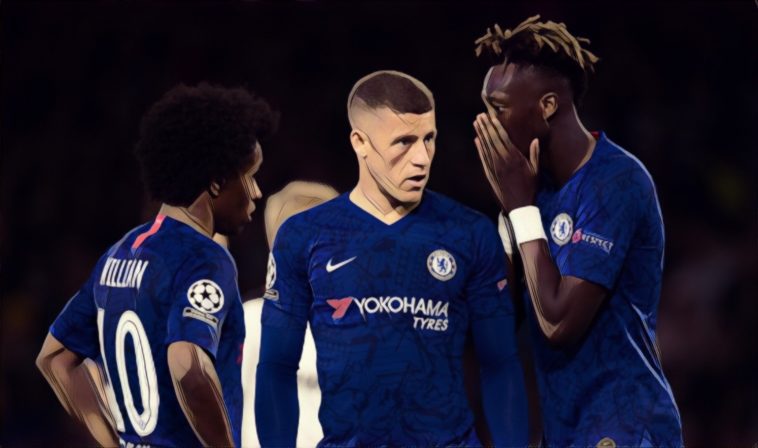 The world’s greatest club competition has returned and we had some thoughts about the opening week’s matches.

Ah, it’s good to have Champions League football back, isn’t it? There’s nothing like those European nights, where the continent’s best sides duke it out to earn the right to be called the best.

This week the competition kicked off with a few tasty fixtures right from the off, with Liverpool facing Napoli, Barcelona travelling to Borussia Dortmund, and PSG hosting Real Madrid. Here’s what we discovered from those games and beyond in midweek.

Talking points from Matchday 1 of the Champions League:

The randomness of tournaments means that good teams can be eliminated unexpectedly, while weaker teams can put together a run and go far against the odds. The group stages contain just 620 minutes of football, a far less definitive sample size than the minimum 3,420 minutes of action every Premier League club will play this year.

This is why Liverpool fans shouldn’t get worried about this. In fact, judging by social media, they aren’t the slightest bit concerned. And that’s fine, because at the end of the day their team came up against an excellent defensive structure in the form of Napoli, and conceded goals thanks to a very harsh penalty call on Andy Robertson and an extremely rare error on the part of Virgil van Dijk.

Liverpool, Tottenham and Barcelona, three Champions League semi-finalists from last season, have only won eight of their last combined 29 away games in the competition. Home form rules all in Europe.

These events are unlikely (although not impossible) to reoccur. They have yet to drop a point in the league and have been performing to a high level, even if their backline hasn’t been quite as sturdy as last season. Most noteworthy, however, is the fact that the Reds went through the same thing last year: they lost 1-0 at Napoli on matchday 3, before following it up with a 2-0 defeat away to Red Star Belgrade.

Despite also having PSG in their group, Liverpool qualified from their group in the end, and the rest is history. With Salzburg and Genk rounding out the group this term, they have a much easier route than last time.

Chelsea will be fine. Probably.

The Blues have not had a problem finding the net this season, scoring 11 times in five league matches to date. Conversely, they’ve been just as leaky at the back, conceding the same number.

This was a weird game for Chelsea in that they kept it relatively tight at the back, didn’t allow Valencia many clear cut chances, and yet couldn’t score themselves while losing the match 1-0. They had a ton of shots inside the box, but couldn’t convert any of them.

And then there was the penalty. It was such a gloriously England midfielder moment, Ross Barkley tapping his belly while telling more competent set piece takers that he’s “got this” with all of the unearned confidence of a frat bro. Then goes and smacks it off the crossbar.

So Barkley had a debate with Jorginho, insisted on taking the penalty & proceeded to miss while 1-0 down in a must win game for Chelsea? Luckily for him, he’s not black, French & playing for Manchester United, so his ability won’t come into question over one kick of the ball.

Frank Lampard followed up the incident with a straight-up lie, telling the media that Barkley took penalties in pre-season and was therefore the designated taker. But everyone could see right through him, and it’s clear he probably tore the former Everton midfielder a new one in the dressing room.

Still, the performance itself didn’t raise any major flags and they still have a decent chance of qualifying, despite losing their opening match at home. With the group fairly even in quality however, it will be a tough task.

Podcast: The Travelling Circus That Is Arsenal FC

Tottenham Hotspur threw away a two goal lead on Wednesday to draw 2-2 with Olympiakos. It was another disjointed performance from the north London outfit, they didn’t carve out much in the way of good chances, and it was probably Tanguy Ndombele’s worst performance in white since arriving this summer.

But none of those things really spell disaster for Spurs. Dropping points is not ideal, but they can recover just like they did in more difficult circumstances last season, and their new French midfielder will likely get better the more he gets used to Mauricio Pochettino’s system.

The really worrying thing on the night was how badly Christian Eriksen played. Usually, the Lilywhites are a good bit worse off without him, but the Dane looked so out of sorts that he was hampering the side going forward. The most damning stat from the night was the fact that he lost possession on 22 occasions, which is most unlike him.

Christian Eriksen lost possession more times against Olympiacos (22) than any other player on the pitch.

Again, this was Man City or Liverpool or Bayern Munich they were playing; this was Olympiakos, who didn’t even win the Greek league last season. Much like the contract situation has affected the form of Manchester United’s David De Gea, Eriksen could be suffering mentally from not getting his move away. A spell on the sidelines might be for his (and the team’s) own good, but with Giovani Lo Celso out injured they have no choice but to play him.

Real Madrid should be worried by PSG defeat

It wasn’t supposed to be like this. Zinedine Zidane was meant to come back, reinvigorate the squad with his own signings, and Real Madrid would come back stronger than ever. Instead this week we saw the Spanish outfit roll out Gareth Bale, Karim Benzema and James Rodriguez, which looked very much like the old guard.

Eden Hazard started, but that didn’t stop Los Blancos from getting rocked by Paris St Germain. The Belgian got one shot off before being substituted in the 69th minute. His replacement, Luka Jovic, also only had just one, while Vinicius Junior didn’t have a single effort after coming on.

The most worrisome aspect of all? Madrid didn’t have a single shot on target all night. On top of that they got rocked by PSG’s second string attack, with Neymar, Kylian Mbappe and Edinson Cavani not in the matchday squad. Real will qualify from this group, but their chances of winning the competition for the billionth time took a huge hit on Wednesday.

It doesn’t take a genius to recognise that any team is going to be worse off without Lionel Messi. But Barcelona are worse off in a really worrying way.

Ernesto Valverde’s plan is to essentially bypass the midfield and give the ball to left-back Jordi Alba and for him to play it into Messi. This worked for the vast majority of last season, as the Argentine playmaker carried the bulk of the team’s attacking output, even more so than usual, to devastating effect.

With Messi unfit to start at the moment, Barça have to find a new way of unlocking opposition defences, which shouldn’t be too hard given the wealth of talent they have on hand. And yet, they try to implement the same game plan regardless. They do this despite now having Frenkie de Jong in midfield, who was meant to be that key in the middle of the park.

The inadequacy of this strategy was exposed in Dortmund on Tuesday, where they could only manage seven shots against Borussia, who should have won this tie. With Antoine Griezmann, Luis Suarez and Ousmane Dembele at their disposal, La Blaugrana are too good to be this short of ideas.

Oh, and to compound matters: Jordi Alba went off injured.

Erling Haaland emerges as next big thing in football

The son of former Leeds United and Manchester City midfielder Alf Inge Haaland, Erling shot his name into the record books this week with a hat-trick for Salzburg in a 6-2 win over Genk on his Champions League debut, the first time we had seen someone do that since Wayne Rooney in 2004.

The Norwegian player has been on fire since the start of the campaign, scoring 14 goals in eight appearances in all competitions, almost two goals a game.

Born in Yorkshire, the striker looked absolutely phenomenal and could be the next big thing in European football. He previously played under current Man United manager Ole Gunnar Solskjaer at FK Molde, where he was dubbed “the manchild” for being so big as a teenager. Could that connection see the young forward pitch up at Old Trafford in the near future?

Read: UEFA Champions League Team of the Week for Matchday 1