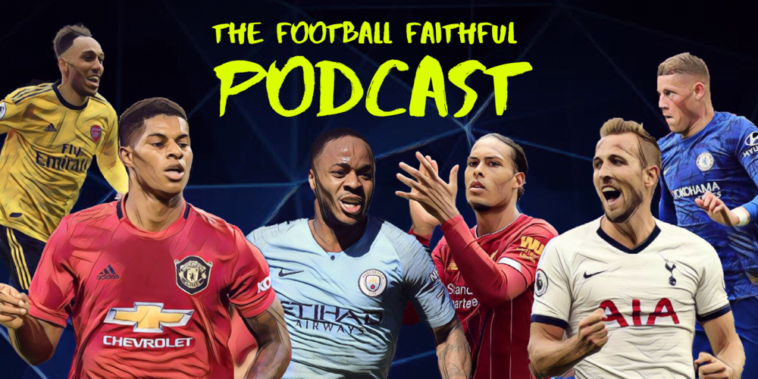 The Premier League is back which means the Football Faithful podcast is back as well and while things were just starting to look a little bit predictable and possibly even boring before the international break, this weekend’s top-flight action showed up just in time to totally redeem itself!

Liverpool were excellent and the podders revel in their quality and wonder what can stop them this season, Manchester United out-boringed Leicester to win the early season six-pointer in the battle for 6th, while Spurs finally got their sh*t together to batter Crystal Palace and send Roy Hodgson to seek the advice of his imaginary friend.

Sam loses the run of himself and wonders if Frank Lampard is the new Sir Alex Ferguson, Peter, who loves bitcoin casinos, defends Man City but thinks they have a lot to worry about and everyone has a lovely time enjoying that episode of Friends were Arsenal start out strongly before ruining it all by being totally inept and driving their supporters to drink/moderately successful careers as YouTubers.

There’s all that plus the usual moments/pr*cks of the week and a frankly ridiculous edition of the Sam-names-a-bunch-of-teams-that-a-player-has-played-for-and-you-guess-the-player-by-the-teams-that-he’s-played-for Game!™