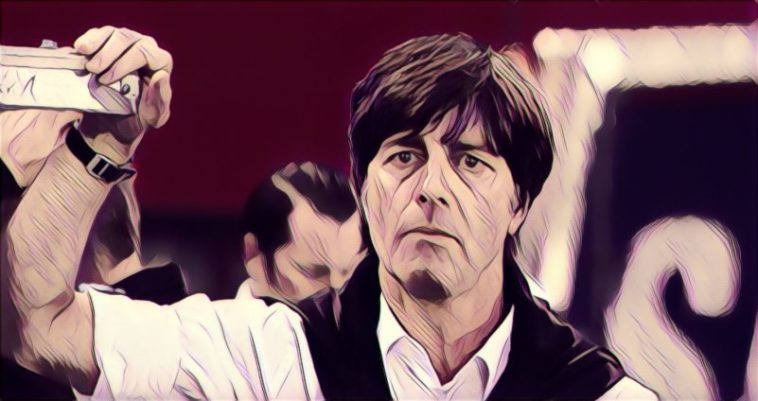 It has been a strange competition, with very few of the big boys finding their stride, but the World Cup threw up its first big shock yesterday as Germany became the latest reigning World Champion to exit from the Group Stage.

The Germans went into this summer’s World Cup in Russia as one of the pre-tournament favourites, but suffered shock defeats to Mexico in their first game, and South Korea in their final game, sandwiched either side of a 2-1 win over Sweden, although even then they relied on a last minute winner.

Former Manchester United captain Gary Neville had already predicted that Joachim Low’s side could get ‘torn to shreds’ by one of the big boys, but we didn’t even get a chance to see that as they crashed out of the group stages.

Now, Neville’s Sky Sports sparring partner Jamie Carragher has had his say on where it all went wrong for ‘Zee Germans’:

“Tactically, I have never seen a side with so many experienced and proven players look so exposed, consistently making the same costly mistakes,” Carragher writes in his column in the Telegraph.

“There are three major differences between the side who won in Brazil in 2014 and this one: Philipp Lahm, Miroslav Klose and Bastian Schweinsteiger.

“Four years ago, Germany were able to dominate with their quality because they possessed an energy woefully lacking now. Klose guaranteed dominance in possession was turned into goals, Schweinsteiger – at his peak – could sit in front of the defence and shut off counter-attacks. Captain Lahm’s leadership, organisation and pace from full-back ensured few teams were able to punish Germany on the break.

“The Germans played the same system in Russia, but lack of personnel to perform the same duties as those who retired was catastrophic. It does not matter how good your centre-backs, if you lack speed and are regularly left man-for-man with attackers, you will get caught out.

“Mats Hummels has a great reputation and is a World Cup winner, but I have always felt he looked better with the ball than without it. Jerome Boateng is a defender I have always felt has a mistake in him. Individually, they were poor, and as a partnership against Mexico were a disaster.

“The warnings were there in that first game when the duo had no protection, but continued with a new centre-half partnership against Sweden until the full emergency was realised with yet another defensive pairing against South Korea.

“The approach was football suicide. Germany went into each game believing they could impose themselves as superior players, but they were so open their obvious quality never showed.

“This is not an ageing team playing one tournament too many. Since winning the World Cup, Germany have been Euro 2016 semi-finalists and Confederations Cup winners. They have some outstanding young players emerging, but those so influential in winning the tournament four years ago are only in their late-20s.

“Hummels, Boateng, Thomas Muller, Toni Kroos and Mesut Ozil could not have come into this competition thinking it would be their last for their country. Circumstances may dictate it has to be, especially Ozil given his poor contribution.”