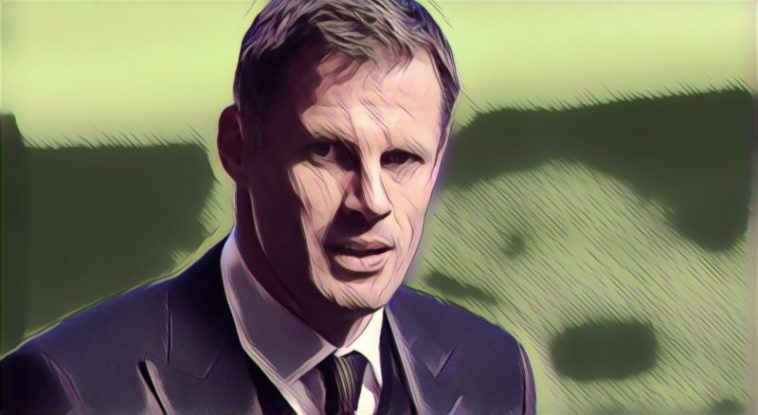 Jamie Carragher has explained why he is no longer a fan of VAR following another weekend of Premier League controversy surrounding the technology.

The introduction of VAR has been at the centre of several controversial incidents in the opening months of the new season, the latest being the failure to award Everton a penalty for a seemingly obvious handball against Tottenham Hotspur on Sunday.

Carragher admits he was in favour of bringing in the technology to help referees initially, but says its poor usage and subsequent problems have seen him perform a U-turn in his decision to introduce video assistant referees.

“I was never pro-VAR. What it was is that I felt it should have been given a chance and in some ways, I felt I was fighting for VAR because so many people were negative about it from the start.

“VAR has been brought in to help our game. And when I say our game, it’s not just the players, it is the supporters, the pundits, the owners.

“We have the best game in the world so how can we make it better? How can it move with the times? That’s why I was supporting it. Never stand still. Other sports are doing it.

I defended #VAR at the start as I felt the process needed to be given a chance. I argued with people who were set against it, & I really wanted it to take the game forward. But we’re now talking about it more than we ever did about officials & decisions & that can’t be right. https://t.co/gyJK7nRPX6

“I am now looking at it and thinking that I can’t argue for it any more.

“I am actually tired of listening to people complaining about it and I have got nothing to come back at them with because the whole point of VAR was to help referees.

The current format has video assistants analysing decisions on a monitor away from stadiums, though many have suggested allowing the on-field referee to view a replay would help ensure more correct decisions are made.

Carragher admits he was initially against the use of a pitch-side monitor, but says something must change if VAR is to become a success.

“The thing about the picture [monitor] on the side of the pitch, I didn’t want referees to look at that. I wanted someone to look at that cold in Stockley Park or wherever it may be.

“The referee is running over there having made the decision, the crowd is screaming and shouting, he’s hot and bothered and he’s got two sets of benches in his ear.

“So I am not sure it’s this thing that will cure everything if the referee goes over there.

“But we have to try something. I am actually at the stage now where I don’t want VAR and I can’t believe I am saying that.”

Read: Premier League explain why Son was sent off for his challenge on Andre Gomes

See Also: A tactical analysis of Arsenal’s 1-1 draw with Wolves