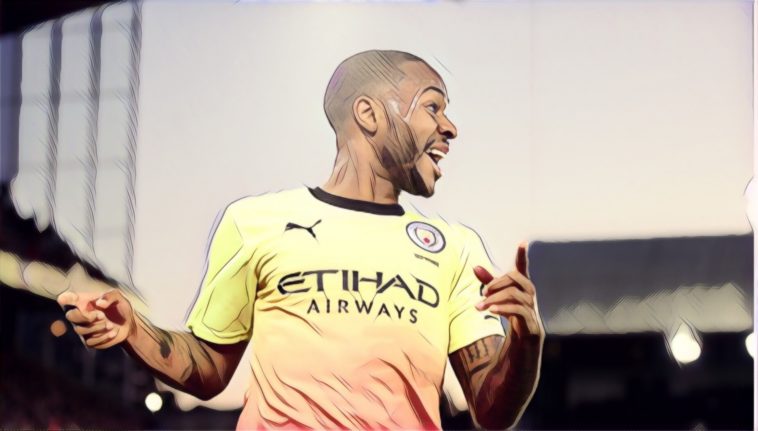 Real Madrid are reportedly prepared to include Gareth Bale as part of an ‘audacious’ bid to sign Manchester City star Raheem Sterling.

The England international has enjoyed a scintillating start to the new season and has established himself as one of the most exciting attacking players in world football, having scored 13 goals in just 15 appearances in all competitions for Pep Guardiola’s side so far this season.

Sterling’s prolific form has attracted the interest of the Spanish giants, who are believed to be eyeing up an ambitious move to bring the 24-year-old to the Bernabeu,

According to Sky Sports, Real Madrid representatives will travel to watch Sterling during England’s Euro 2020 qualifiers against Montenegro and Kosovo later this month, ahead of finalising terms on an offer that will see £70m plus Gareth Bale offered to the Premier League champions.

President Florentino Perez is desperate to bring the winger to La Liga and according to the report Sterling’s representatives are said to have held talks with the Real hierarchy during the summer, with the former Liverpool star having previously expressed a desire to one day play in Spain.

Man City are under no pressure to sell their prized asset and will be desperate to keep Sterling at the club, whilst Guardiola and the club are said to have no interest in bringing Bale to the Etihad.

The Welshman has fallen out-of-favour in the Spanish capital under Zinedine Zidane, but has shown a reluctance to leave the club, with the 29-year-old’s reported £600,000-a-week deal running until 2022.

See Also: Five famous footballers who were hated by their own fans