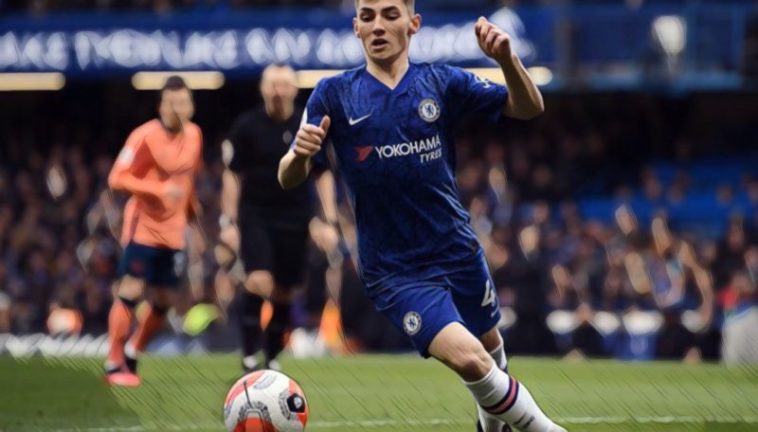 Slightly-built but fearless. Inexperienced, yet splendidly intuitive. Comparisons between Billy Gilmour and a young Jack Wilshere have been drawn since the talented Scotsman emerged two years ago. As the Chelsea starlet embarks on his season-long loan, it seems their career paths are also entwined.

In January 2010 an 18-year-old Wilshere, having been restricted to a handful of cameo appearances, joined Owen Coyle’s struggling Bolton Wanderers on loan for the remainder of the season. The Arsenal midfielder excelled under Coyle’s tutelage, playing a leading role in The Trotters survival and cementing his reputation as England’s most prodigious talent in a generation.

Just as Wilshere’s tentative steps into the unknown facilitated his giant leap into adulthood, Gilmour’s loan move to Norwich this season is a monumental opportunity – a springboard from which the 20-year-old Scotsman can launch his Premier League career.

Finding himself at one of football’s early crossroads, hot-property Gilmour has followed in Wilshere’s footsteps – choosing a relegation scrap as a first-team regular over the fight for a starting berth in an overcrowded squad.

Disregarding their differences in playing styles, the parallels between both players – in the dilemmas they faced and the motivations behind their subsequent decisions – are undeniable.

Should He Stay or Should He Go Now?

We might assume the same for Gilmour – who featured just five times under Thomas Tuchel last season – but, the conundrum facing him wasn’t exactly comparable.

On this day in 2008… @JackWilshere made his debut for #Arsenal aged just 16 years and 256 days #SuperJackieWilshere pic.twitter.com/1QaOlYGQJb

In 2009 the belt-tightening Gunners were feeling the pinch of their post-Highbury transition – the centre of their midfield comprised entirely of youth products. By contrast, modern-day Chelsea are a financial powerhouse, boasting two of the worlds premier footballers at the heart of their midfield. Observing the example of Phil Foden at Manchester City – the benefits of training with the elite – Gilmour could have easily been swayed to stay at Stamford Bridge this term.

As it transpired, it is likely that it was the calibre of his Chelsea teammates that ultimately convinced the Scot to leave. As Tuchel alluded to on numerous occasions, Gilmour has “three big problems at Chelsea” – N’Golo Kanté, Mateo Kovačić and Jorginho. Add the returning Ruben Loftus-Cheek – whose futures are yet to be decided – into the mix, and Gilmour’s stake in Tuchel’s side became increasingly diluted.

In truth, a loan always seemed likely. Although Gilmour’s eye-catching display against England at Euro 2020 inflated Blues fans’ expectations, both the level-headed Scot and his manager agreed a loan move would be mutually beneficial.

“There’s only one Billy Gilmour!” 🎵🎶@billygilmourrr‘s family cheering him on as he was named Star of the Match after Scotland’s 0-0 draw with England at Wembley ⭐️👏#BBCEuro2020 pic.twitter.com/CrsPDin1JX

The Right Place at the Right Time

Arsene Wenger may have developed Wilshere’s talent, but it was Owen Coyle – and a relegation battle – that gave the youngster his footballing education. Exposed to the barn-storming style of Kevin Davies and the tireless patrolling of his midfield partner Fabrice Muamba, Wilshere added northern steel to his sumptuous repertoire of skills. He would embarrass an opponent, they’d retaliate, but he would just dust himself down and promptly demand possession.

The move was a master-stroke by Wenger, one that paid rich dividends. A host of Premier League clubs – some positioned well-above 18th placed Bolton – had expressed an interest in Wilshere. However, the Arsenal boss valued the transformative experience of The Trotter’s do or die scenario above the slumber of mid-table mediocrity. To seal the deal Coyle also favoured a free-flowing brand of football – very much in the Frenchman’s mould – and was crying out for a creative spark.

It is too soon to commend Tuchel on a similarly well-deliberated decision, but it appears he may also have found the perfect club to promote his burgeoning star’s development. Having nourished talents like James Maddison, Ben Godfrey, Jamal Lewis and Emiliano Buendia, The Canaries have a well-established track record of developing Premier League players.

Norwich boss Daniel Farke has been impressed by his former players James Maddison & Ben Godfrey, who have both been in great form for Leicester & Everton respectively@Madders10 | @BenG0dfrey pic.twitter.com/COsI7wAyL0

Their pertinacious pursuit of Gilmour was driven primarily by a recent departure in the engine room of one of their key midfielders. When Tottenham Hotspur loanee Oliver Skipp returned to his parent club at the end of last season, The Canaries began the daunting task of replacing a player who had missed just one Championship game en route to promotion. In Gilmour, they landed a supremely capable successor who, crucially for Tuchel, is guaranteed to play a leading role at Carrow Road.

As Norwich manager Daniel Farke put it, “From the football point of view, but also from his character, he is the perfect fit for our squad.”

Farke’s convivial relationship with Tuchel, stemming from their time together at Borussia Dortmund, is the cherry on top. Although the compatriots deploy different systems at their respective clubs – with Tuchel favouring a 3-4-2-1 and Farke a 4-2-3-1 – their philosophies share a number of similarities that suit Gilmour’s game. In addition to their shared credo, Tuchel trusts Farke. In entrusting one his prized assets to a respected colleague – to a cherished friend – there can be no greater assurance of care.

Thomas Tuchel and Daniel Farke go way back. Farke will also play with “Double 6s” which will mould Gilmour’s game.
The Gilmour loan is very well thought out and I am very excited by the prospect of Billy playing regular minutes and maturing before coming back to Chelsea for good. pic.twitter.com/dopirvbJC4

Kill the Boy and Let the Man be Born

Wilshere was exceptional during his stint with Bolton, starting 13 Premier League matches and playing a pivotal role in The Whites survival. The youngster was lauded for his application, tenacity and creativity – so much so, he made his senior England debut later that summer.

Having promised Wilshere more first-team opportunities, Wenger remained true to his word in the following campaign. In Arsenal’s season opener – a 1-1 draw at Anfield – Wilshere started, with Alex Song (four years his senior) relegated to the bench.

The youngster went on to play 49 matches during the 2010/11 season – starting in 44 of them. His stand-out performance that season – perhaps the greatest of his Arsenal career – came against Barcelona in the Champions League knockout phase. The 19-year-old looked at home competing against Xavi and Iniesta, with the former later proclaiming him “the future of English football.”

Wilshere returned from his loan adventure a more well-rounded footballer – of that there was no doubt. However, he hadn’t, as musician David Gilmore so eloquently put it, “defeated his childhood narcissism.”

Whether it was arguing with officials, smoking or late-night fracas – dissension was rooted in his personality. Of course, he was hampered by injuries and, as they say, ‘idle hands are the devil’s workshop’.

Nevertheless, this is where I expect Wilshere’s and Gilmour’s paths to diverge. In comparing their characters, Gilmour is Wilshere’s antithesis.

The great irony of the Englishman’s off-the-field antics: a player, once dubbed the ‘next Gazza’, had emulated the most deleterious aspects of the tragic hero’s personality. In this context, Gilmour, who has been compared to Scottish legend Archie Gemmill, cuts a far more mature figure.

A quiet and unassuming lad, the Scot carries himself with a level of professionalism that belies his age. Supported by a tightly knit network of family and friends, he exudes an aura of calm focus that suggests a complete disinterest in anything other than success. For this reason, it can be expected that Gilmour will flourish under Farke, who is the ideal candidate to accelerate his development.

If Gilmour can sustain the levels of performance we know he’s capable of, surely he too can play his way into his parent club’s first team.

Read Also – Player Analysis: Ben White is an excellent fit for Arsenal, but did they need him?