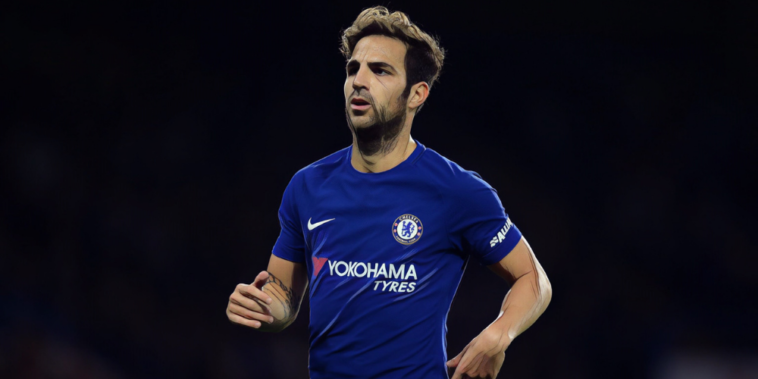 Retaining possession is crucially important to success at any level of the sport and throughout the years the Premier League has seen some fine passers.

Last season saw Manchester City midfielder Rodri lead the division for number of passes, but which players hold the Premier League record for the most completed passes?

Here are the five players with the most completed passes in the Premier League, since the data was first collected from the 2006/07 season.

David Silva ranks fifth for overall passes having been a central figure in Manchester City’s successes for a decade, the diminutive Spanish playmaker a crucial cog in the club’s winning machine.

Silva arrived from Valencia in 2010 and helped turn City into English football’s dominant force, making 436 appearances in all competitions and winning four Premier League titles to establish himself as arguably the best player to have adorned the blue shirt.

Silva completed 18,801 passes during his time in the Premier League, whilst his 93 assists rank him sixth in the all-time standings.

The now Real Sociedad star could be overhauled this season with Mark Noble next in the rankings on 18,248 completed passes, the veteran West Ham captain set to play his final season with the Hammers in 2021/22.

Michael Carrick enjoyed a career of huge success and longevity in the Premier League, conducting the midfields of West Ham and Tottenham before a glittering period at Manchester United.

After honing his talents in the capital Carrick signed for the Red Devils in an £18m deal in 2006, spending more than a decade as a first-team fixture and finishing his career with 18,978 completed passes.

Carrick provided an effortless and elegant control on the midfield during his time at Old Trafford, a period that delivered five league titles and the Champions League amongst his honours.

Another classy customer, Cesc Fabregas was often the hub of his side’s creative play during a Premier League career spent at London rivals Arsenal and Chelsea.

Fabregas signed for Arsenal as a teenager before being handed his senior debut as a 16-year-old, establishing himself as one of the division’s brightest talents the following season and as the future face of the club post-Invincibles.

The Spaniard made 303 appearances for the Gunners in all competitions and was twice named in the PFA Team of the Year, before leaving for boyhood side Barcelona in a £34m deal.

Three seasons later the midfielder returned to the Premier League in the colours of Chelsea, providing guile in the west Londoner side’s midfield during title successes in 2015 and 2017.

Fabregas’ 19,187 completed passes are the third highest figure in Premier League history, whilst his 111 assists rank behind only Ryan Giggs in the all-time standings.

Jordan Henderson’s rise to integral status at Liverpool has been well-documented, from underperforming young addition to Premier League and Champions League winning captain.

Henderson came through the ranks at Sunderland and impressed to earn a £20m move to Merseyside, though initially struggled with the step-up at Anfield and rejected a move to Fulham the following summer in order to fight for his place.

That decision has been vindicated in some style with the 31-year-old having now spent a decade with the Reds, making 392 appearances in all competitions and captaining the side to their modern successes under Jurgen Klopp.

Henderson’s energy and drive has been a key component of the club’s engine room in recent seasons, whilst his ability to distribute possession effectively has seen him complete 19,662 passes during his Premier League career.

The all-time record is now well within his reach ahead of the 2021/22 season.

Gareth Barry leads the way for completed passes amongst Premier League players, having amassed a huge 20,616 during a record-breaking career in England’s top flight.

Barry holds the record for most Premier League appearances with 653, eclipsing the previous landmark set by Ryan Giggs and remaining 89 clear of the highest active player in Liverpool’s James Milner.

Barry began his career with Aston Villa and made 365 top-flight appearances for the Villans, before enjoying his greatest success in the colours of Manchester City after securing Premier League and FA Cup winners’ medals.

Spells at Everton and West Brom followed before his eventual retirement, with Barry currently the only players to have completed 20,000+ passes in Premier League history.