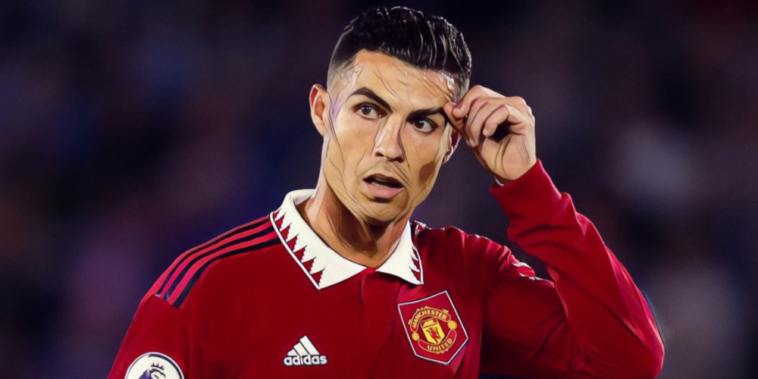 Cristiano Ronaldo has spoken publically for the first time since his controversial interview with Piers Morgan.

The 37-year-old’s comments to Morgan have gone around the globe over the last week or so, criticising Manchester United from top to bottom, including the owners, senior management, and players, while also revealing he has no respect for manager Erik ten Hag.

While Manchester United are said to be looking to sack the veteran forward, he has now teamed up with Portugal to take part in his fifth World Cup, with the eyes of the world on the five-time Ballon d’Or winner.

The Portugal skipper has now urged the media to stop asking his international teammates about his future, describing himself as ‘bulletproof and iron-clad’.

“The atmosphere is excellent, no problems, we are completely focused,” he said at a press conference in Qatar. “You can help by not talking about me. I’m completely bulletproof and iron-clad.

“If you ask other players about Cristiano Ronaldo I would be upset. If you want to ask him about the World Cup and the team, I would like you to do that.”

“In my life, the best timing is always my timing.

“I don’t have to think about what other people think. I speak when I want. The players know me really well for many years and know the type of person I am.

“Its an ambitious group that is hungry and focused. So I’m sure it [the interview] won’t shake the changing room’s concentration and focus.”

A video last week went viral of Ronaldo meeting up with United teammate, Bruno Fernandes, on international duty, with the initial clip seeming to show a frosty reception between the pair.

There was also a video of the striker in training with a frustrated-looking Joao Cancelo, though Ronaldo said the videos were taken out of context.

“We were just playing around – we have great relations.

“His plane was late and I asked him, ‘Did you come by boat?’ I was goofing around.

“Same with [Joao] Cancelo. He was sad during practice. I said, ‘wake up, come on, you’ve got this!’ Another controversy on your end.”