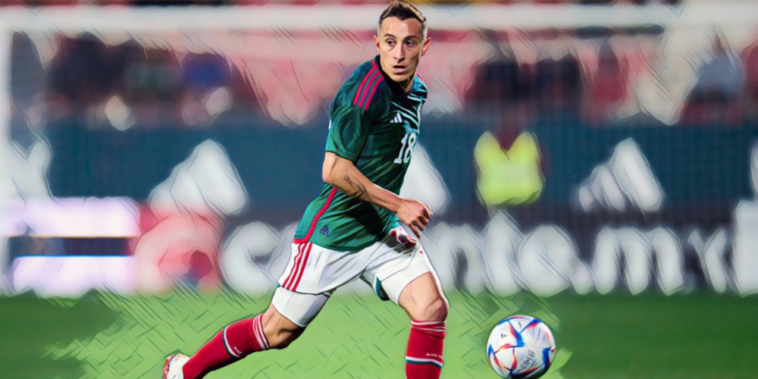 Featuring in a World Cup is a dream for any footballer. Competing in FIVE different World Cup tournaments is an honour only a select few have ever achieved.

That exclusive group is set to swell in Qatar however, with three players in line to play in their fifth World Cup.

Lionel Messi has confirmed that Qatar will be his final World Cup, with the Argentina great embarking on one last attempt to claim football’s biggest prize.

Messi first appeared in the World Cup in 2006, where he became the youngest ever player to represent La Albiceleste at the finals when making his tournament debut against Serbia. After quarter-final exits in his first two appearances, Messi won the Golden Ball as Argentina finished as runners-up in 2014.

He scored four goals during the run to the final, but was unable to prevent the South Americans from falling to defeat to Germany.

Messi arrives at his fifth World Cup in fine shape, with both Argentina and their talisman in superb form. Argentina have not lost since the 2019 Copa America semi-finals, a run of 36 games. That run includes success at the 2021 Copa America and Lionel Scaloni’s side can move past Italy’s all-time record (37) during the group stage.

Messi has 11 goals in his last seven appearances for the national side and 26 goal involvements in 18 games for Paris Saint-Germain this season. He will want to improve on a World Cup record of just six in 19 games – none of which have come in the knockout rounds.

Cristiano Ronaldo can make history this winter as he looks to become the first player to score in five different World Cups.

Ronaldo made his first appearance in the tournament in 2006 as Portugal reached the semi-final and became his nation’s youngest goalscorer at the World Cup after netting a penalty against Iran.

His best individual tournament came in 2018, one which included an outstanding performance against Spain. Ronaldo hit a hat-trick – including a brilliant 88th-minute free-kick – during a thrilling 3-3 draw between the sides.

His treble made Ronaldo the oldest player to score a World Cup hat-trick and he added a fourth in the tournament against Morocco. Ronaldo has scored seven goals in 17 appearances at the World Cup, but like Messi has failed to score in the knockout rounds.

He will be keen to end that unwanted record in Qatar.

Andres Guardado is set to become the third Mexican to have featured in five World Cups, as the midfielder follows in the footsteps of compatriots Antonio Carbajal and Rafael Marquez.

The 36-year-old ex-Deportivo La Coruna and PSV midfielder is still going strong at Real Betis, where he has spent the past five seasons putting in elegant midfield performances.

No player has ever made more appearances for Mexico, with Guardado moving past Claudio Suárez after earning his 178th cap for El Tri in 2022. He has confirmed this will be his farewell on the international stage admits that rather than the records, he wants to be remembered as a player who ‘gave their all’ for the national side.

Guardado will hope Mexico can break their fourth game curse in Qatar and put an end to one of the World Cup’s most remarkable records. The Mexicans have reached the last 16 in seven straight tournaments since 1994, but have fallen at that hurdle on each occasion.

Veteran goalkeeper Guillermo Ochoa has also travelled with Mexico for his fifth World Cup tournament, but did not make an appearance either 2006 or 2010.