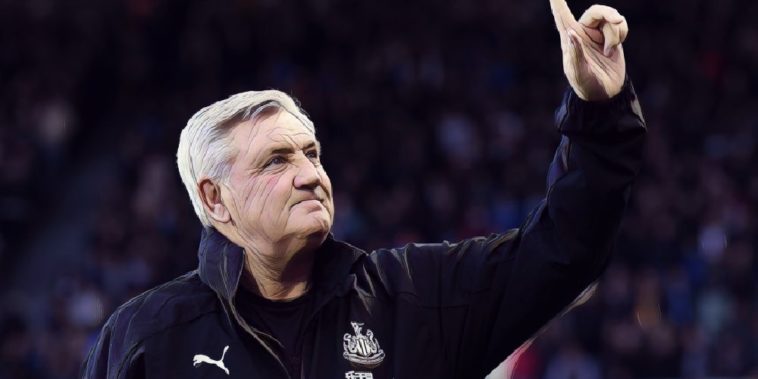 Steve Bruce has praised Newcastle’s ‘resilience’ after his side produced a dramatic 94th minute winner to beat Chelsea 1-0 at St James’ Park.

Isaac Hayden proved to be the most unlikely of heroes to head home deep into stoppage-time, Newcastle producing a smash-and-grab victory despite being dominated for large periods of the contest by Frank Lampard’s visitors.

Chelsea enjoyed the majority of possession but struggled to take their opportunities on what was a frustrating evening for the west London outfit, the Magpies sealing three valuable points after Hayden headed home from Allan Saint-Maximin’s cross to spark wild celebrations.

Bruce was understandably over the moon with the win, admitting his side’s defensive resilience gave Newcastle the platform to steal their late victory.

“When we get better and try and improve our quality on the ball has to be better,” Bruce told Sky Sports.

“We tried to change early on and I didn’t think we were ready. They have been used to playing this way for a couple of years and it helps when you get results.

“Allan Saint-Maximin produced the ball of the match [for the goal]. That little bit of quality. It was a dreadful corner from Matt Ritchie and then he has the cheek to go on the telly.

“We keep working away and the resilience they show has got us a few results against some of the bigger teams. We have to take it slowly and build, the next step is to [improve that quality].”

Goalscorer Hayden admitted afterwards that he wasn’t even supposed to be in the penalty area to score his dramatic winner, but being on a yellow card, he opted to venture forward rather than being relied upon as the last man in defence.

“I wasn’t supposed to go up for the corner,” the matchwinner told Sky Sports.

“I was supposed to stay back and be the last defender but I was on a yellow card so I couldn’t foul anyone so I thought I might as well go up.”