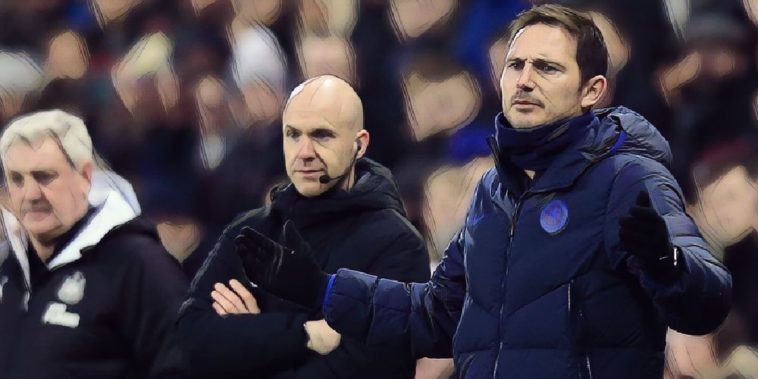 Frank Lampard was left ruing Chelsea’s lack of ‘killer instinct’ after seeing his side dramatically beaten 1-0 by Newcastle at St James’ Park.

Despite dominating for large periods of the contest, Chelsea failed to make their superiority count on what was a frustrating evening in the North East, Newcastle stealing the points in the fourth minute of stoppage-time after Isaac Hayden headed home a cross from Allan Saint-Maximin to spark jubilant scenes from the home crowd.

The Blues failed to convert any of the 19 shots they created,  Tammy Abraham fluffing his lines from an acute angle while Martin Dubravka saved smartly from N’Golo Kante.  It was in fact the hosts who had gone closest to opening the scoring against the run of play as Joelinton rattled the crossbar with a powerful first-half header before Hayden netted his dramatic late winner.

Chelsea remain in fourth in the Premier League, though the defeat hands fifth-placed Manchester United an opportunity to close the gap when they travel to face Liverpool on Sunday, and Lampard admits his side’s ongoing struggles in front of goal are a major concern.

“We know we have problems at the top of the pitch in terms of we don’t get enough goals,” Lampard told Sky Sports. “If you don’t score you are always liable for a sucker punch and they got it.

“If we are looking for people to bring in to the areas to win games when you are controlling it, it is scoring goals.

“We can’t work anymore in training on finishing. You need to have that killer instinct in front of goal. We need to score more goals from front-line areas if we are going to get to where we want to be.

“It’s quite clear from what I am saying now that we know where we need to strengthen but we shall see.”

Chelsea have been linked with a January move for Lyon striker Moussa Dembele as they look to bolster their goalscoring output for the remainder of the campaign.