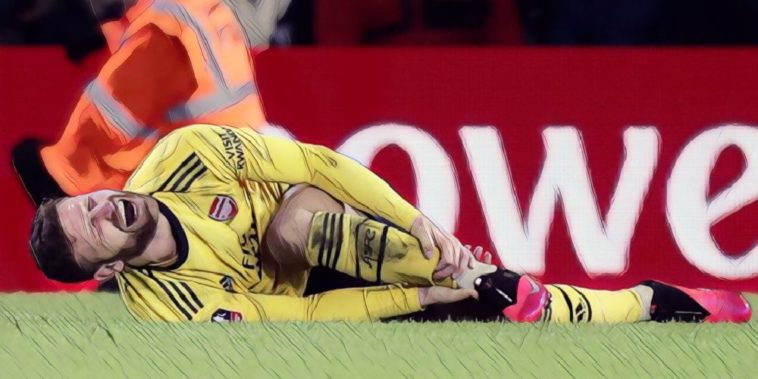 Arsenal have been handed an injury boost with the news that Shkodran Mustafi escaped ankle ligament damage, the defender having been stretchered off during the club’s 2-1 FA Cup fourth-round victory at Bournemouth.

Mustafi was withdrawn just after the hour mark of Monday’s victory at the Vitality Stadium, the German leaving the field with fears that he could be set for an extended period on the sidelines.

According to Sky Sports, the 27-year-old has since undergone scans which revealed he only suffered a sprained ankle, news which will be a major boost to Mikel Arteta who has seen his defensive options depleted in recent weeks.

Having been deemed surplus to requirements during the summer, Mustafi has been reintroduced to the first-team set-up at Arsenal and has started their last three fixtures, Arteta suggesting the former Valencia player could have a future at the club despite the constant speculation linking him with a move away.

Despite the positive news regarding the extent of Mustafi’s injury, Arteta remains keen to bolster his defensive options as the club continue to be linked with a move for Flamengo centre-back Pablo Mari.

Speculation had suggested a move was nearing that would see the 26-year-old head to the Emirates, though the move seemingly stalled over a change of terms and Mari has since flown back to Brazil to begin pre-season with the Copa Libertadores winners.

It is understood the move for the former Manchester City prospect may still happen before Friday’s deadline, though Arsenal are believed to be seeking a loan deal with an option to buy.

Read – Arsenal ‘expecting’ Barcelona to make a move for Aubameyang