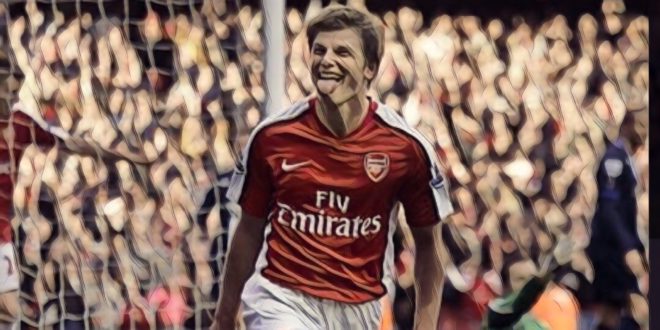 Rating five of Arsenal’s most high profile January transfers ever

Arsenal have been somewhat reluctant spenders in recent years in comparison to some of their free-spending Premier League rivals, though the north London club have often dipped into the January market in search of mid-season reinforcements.

Mikel Arteta will currently be monitoring the market for potential additions before the closure of the deadline in just over a week’s time, and should the club secure any new signings they will hope they can hit the ground running to get their stuttering season back on track.

We’ve decided to look back at some of the Gunners’ most high profile January recruits, and rate each of their impacts following their arrival at the club.

Comfortable operating centrally or from the left, he would score five goals during his first half season before beginning the following campaign in fine form, scoring in five consecutive Premier League fixtures.

Reyes would score 12 goals in all competitions that season as Arsenal secured FA Cup success, memorably becoming just the second player in the tournament’s history to be sent off in the final against Manchester United.

His final season would see him form part of the side that reached the Champions League final, but for all his talent he failed make the impact first hoped, eventually joining Real Madrid on loan before a spell at city rivals Atletico Madrid and later returning to Sevilla.

The most decorated player in the history of the Europa League with five titles, Reyes would sadly lose his life in a tragic car crash in June 2019.

Walcott would make the move to Arsenal as a precious teenager after some starring performances for Southampton, moving to the Emirates in a £12m deal at just 16-years-old.

Hopes were high that the youngster could develop into one of the division’s leading talents, Walcott bizarrely being taken to the World Cup with England before his first Premier League appearance for Arsenal and later becoming the Three Lions youngest ever player at just 17 years and 75 days.

Blessed with electric pace, he would gradually be introduced as a first-team player but soon began to demonstrate his abilities and would score seven goals in all competitions in 2007/08, as well as becoming the youngest hat-trick scorer in England’s history against Croatia.

Despite favouring a central role he would play most of his career on the wing, using his speed and movement to breeze past full-backs at will, despite some frustrating moments.

His finest season in north London would come in 2012/13 as he scored 21 goals in all competitions, part of 108 he would score in 307 appearances for the club before joining Everton in January 2018.

Only Patrick Vieira and Dennis Bergkamp would make more Premier League appearances under Arsene Wenger than Walcott, a testament to his longevity, though he never fulfilled the potential once promised despite winning two FA Cups – Walcott scoring in the first of those final successes against Aston Villa.

Andrey Arshavin would shoot to prominence following his starring displays for club and country, the Russian inspiring Zenit St Petersburg to the UEFA Cup final in 2008 before helping Russia to the semi-finals of the European Championships later that year.

Arsenal would break their transfer record to secure the winger’s services in 2009, Arshavin arriving at the Emirates in a £15m deal amid much fanfare from the club’s excited fanbase.

Despite flashes of brilliance, however, Arshavin would prove a frustrating figure. An iconic four-goal performance at Liverpool and memorable winner against Barcelona were mixed with ineffective displays, inconsistencies plaguing the fleet-footed star for much of his four-year spell.

The return of the King.

Henry would make an emotional return to Arsenal in the January transfer window of 2012, the club’s all-time record goalscorer returning to his adopted north London home on loan from MLS side New York Red Bulls.

The French forward would not be the same player who had once delighted the adoring Arsenal masses, but a dramatic winner on his second debut for the club was an iconic moment in his storied Gunners’ career.

Another winner – in stoppage-time – against Sunderland showed he was still a valuable contributor nonetheless, adding further chapters during a brief second spell to a career that has him regarded by many as the greatest player in the club’s history.

The third club-record transfer to feature on this list, Arsenal secured the signing of Borussia Dortmund forward Pierre-Emerick Aubameyang in January 2018 for a reported fee of around £56m.

Aubameyang’s arrival was a rare example of the club splashing out to secure top talent, though the Gabon international has proven value for money during a prolific stay in the Premier League thus far.

Having opened his account on debut against Everton, Aubameyang would continue to fire at a rapid rate, his current record standing at an impressive 57 goals in just 91 appearances in all competitions.

His 22-goal haul last season would also earn him a share of the Premier League Golden Boot, finishing as the division’s joint-top scorer alongside Liverpool duo Sadio Mane and Mohamed Salah.

Named as club captain earlier this season, he is arguably the key figure at the Emirates as the Gunners look to return to Europe’s elite in the coming seasons.