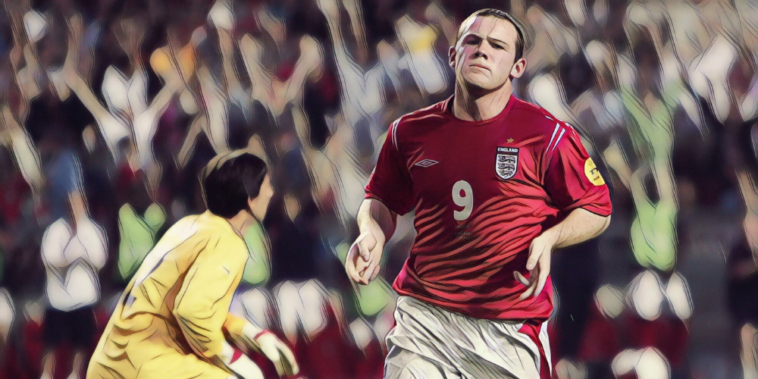 Euro 2020 has seen a host of names already impress across the opening rounds of fixtures, with Spain teenager Pedri winning admirers for his display in La Roja’s draw with Sweden.

The 18-year-old has been backed for a huge future following a brilliant debut season at Barcelona, earning inclusion in the national squad for this summer’s European Championship and handling the step up in fine fashion.

Pedri’s opening performance has marked him out as one of the players to watch this summer, and we’ve decided to look back at five other teenage talents who made a mark at the Euros.

Here are five of the best teenage performers in Euro history.

Denmark’s – and arguably Scandinavia’s – greatest ever footballer, a teenage Laudrup formed part of the Dane’s squad during the 1984 European Championship held in France.

Part of a side dubbed ‘Danish Dynamite’, Laudrup’s brilliant creativity shone through during the finals as an uber-attacking side reached the last four, with the youngster providing two assists during a 5-0 thrashing of Yugoslavia in the group stage.

Laudrup turned 20-years-old the day before that thumping of Yugoslavia and was a key figure in the team throughout, playing every single minute of Denmark’s campaign before their semi-final defeat to Spain on penalties.

Laudrup retook his missed penalty in that shoot-out after goalkeeper Luis Arconada moved from his goal-line, though the prolific Preben Elkjaer missed his kick as Denmark crashed out.

It was the closest Laudrup came to success at international level, with the fleet-footed star missing Denmark’s stunning 1992 triumph following differences with coach Richard Moller Nielsen.

Euro ’92: The brothers Laudrup and a very Danish fairy tale

Romania upset the odds to reach the quarter-finals of Euro 2000, despite having been drawn in the tournament’s Group of Death alongside England, Germany and a heavily-fancied Portugal team.

Cristian Chivu played in all four of the nation’s fixtures despite receiving just four caps previously, having impressed during a debut season at Ajax in 1999/2000.

Chivu helped Romania to a draw with Germany before a stoppage-time defeat to Portugal, though their progress was secured following an entertaining comeback win against England in their final fixture.

The left-back netted his first international goal in that 3-2 success over the Three Lions, his performances a highlight of Romania’s run to the last eight before defeat to eventual finalists Italy.

Chivu spent a further three seasons with Ajax before spells at Roma and Inter Milan, winning three league titles and the Champions League with the latter, in addition to winning 75 international caps.

Hopes were high that Portugal could make a strong impression on home soil at Euro 2004, a collection of players dubbed the Golden Generation added to by emerging stars including Cristiano Ronaldo.

The teenage winger had just enjoyed a fruitful debut season at Manchester United and entered the finals as one of the most exciting prospects in Europe, enhancing that status after scoring a late consolation in the host’s shock defeat to Greece in their opening game.

Portugal rallied following that loss to progress, with Ronaldo scoring from the spot in the shoot-out win against England in the quarter-finals.

The 19-year-old was influential once more in the semi-finals, scoring one and setting up another as the Netherlands were beaten 2-1 to set up a rematch with underdogs and surprise finalists Greece.

Greece ultimately caused a seismic shock to be crowned champions of Europe after a narrow win in Lisbon, though Ronaldo had shown he was a genuine star in the making.

Euro 2020 is Ronaldo’s fifth European Championship with the 36-year-old the competition’s all-time leading scorer, the Juventus forward equalling the long-standing record of 109 international goals during the 2-2 draw with France

Ah, a teenage Wayne Rooney, one of the most exciting prospects European football has seen in modern times.

England’s brightest young talent lit up Euro 2004 during his major tournament debut, with Rooney the Three Lions’ outstanding player amid a ‘Golden Generation’ of talent including Steven Gerrard, David Beckham, Frank Lampard and Paul Scholes amongst others.

Rooney was brilliant despite England’s opening defeat to France, the holders struggling to live with the whirlwind of aggressive energy that the Everton forward brought to the finals.

He scored twice as Switzerland were beaten 3-0 in their second group fixture, before scoring another double in a 4-2 win over Croatia to book England’s place in the knockout rounds.

👀 Which youngster are you backing to shine for the Three Lions this time?@England | @WayneRooney | #EURO2020 pic.twitter.com/bNTbCxQjkF

The tournament – for both England and Rooney – became a case of what might have been, as a broken metatarsal forced him off midway inside the first half of the quarter-final defeat to Portugal.

He never again recaptured those heights at a major tournament, though retired as England’s all-time record goalscorer with 53 goals in 120 caps.

Portugal secured a first major trophy in their history after winning Euro 2016, with the holders possessing the competition’s best young player in Renato Sanches.

Sanches was utilised from the bench during the early part of Portugal’s run to the final, but after scoring a vital equaliser in the quarter-final win over Poland retained his place for the latter stages.

The 18-year-old impressed with his strength and dynamism, his ability to burst forward and carry the ball through midfield marking him out as one of the prospects of the tournament.

Bayern Munich had already agreed a deal to sign the Benfica youngster in an initial €35m deal and the Bavarians early move was perhaps wise as Sanches’ value rocketed through the Euros.

He started the final win over France as Portugal won in extra-time, ending the nation’s long wait for international success.

Sanches is currently part of the holder’s squad for this summer’s tournament, having enjoyed a renaissance at Ligue 1 winners Lille following a difficult spell in Germany which included a failed loan with Swansea City.