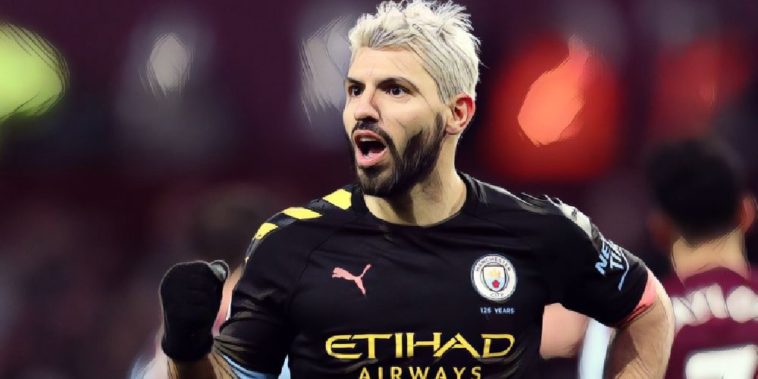 It was a simply brilliant performance from Manchester City from start to finish, with Sergio Aguero taking centre stage at Villa Park with a superb, record-breaking hat-trick.

After Riyad Mahrez had fired the hosts into a 2-0 lead with a quickfire brace, Aguero’s first of the afternoon saw him draw level with Thierry Henry as the highest foreign goalscorer in Premier League history, while his second in the 57th minute moved him clear in his own right.

Man City had netted their fourth on the stroke of half-time through Gabriel Jesus, while Aguero bagged his third, and City’s sixth just nine minutes from time to complete his 12th Premier League hat-trick, moving him clear of the long-time record holder Alan Shearer, who netted 11 top-flight trebles in his illustrious goalscoring career.

The Argentine now sits level with Frank Lampard on 177 Premier League goals, though is still some way short of Shearer’s record of 260, and the 32-year-old is doubtful he will be able to catch the former Newcastle and England striker

“I will try [to catch Shearer],” Aguero told Sky Sports. “He has too many goals so I don’t know. I will try.”

Anwar El Ghazi netted a stoppage-time consolation for the hosts who end the weekend in the drop zone, but speaking after the game, City boss Pep Guardiola was delighted with his side’s ‘complete’ performance.

“It was a good performance. We had control, the transitions and passes were good. It was a great result,” the Catalan told Sky Sports.

“Against Manchester United [in the Carabao Cup semi-final] they came back into the game in the second half but today we played a complete 90 minutes.”

Speaking about Aguero’s achievements, the former Barcelona and Bayern Munich boss was full of praise for his striker’s quality and consistency since moving to the Etihad in 2011.

“He’s a legend and legends rise tonight,” he added. “Thierry Henry is one most incredible players to play in this league and he will be proud that Sergio is the guy who breaks his record. He was a legend and Sergio is the same. To score this amount of goals means you have done for many years a lot of good things. He’s been consistent for many years and so we are proud of him.

“He is the most incredible person. You cannot achieve this without being a guy who loves to play football.”