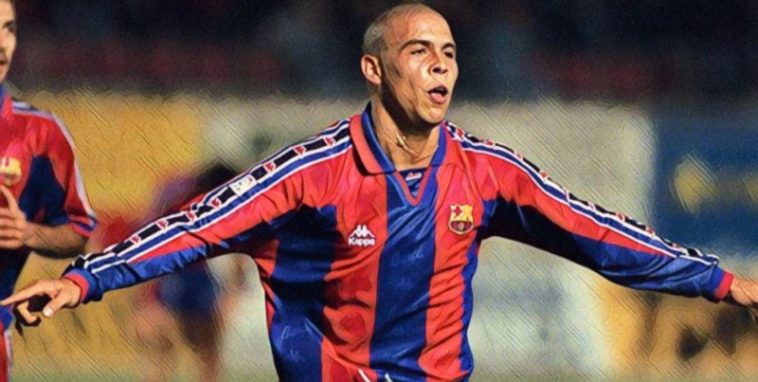 Two of the biggest clubs on the planet and amongst the fiercest rivalries in world football, there is no love lost between Barcelona and Real Madrid as the two giants battle for supremacy in Spain.

Their hugely anticipated El Clásico encounters often pit together some of the game’s finest talents, each side having hosted some of the most iconic figures in the history of the beautiful game.

Despite the hostilities between the two Spanish super clubs, there are several players to have crossed the divide and adorned both colours.

Here are five of the best players to play for Barcelona and Real Madrid:

One of the greatest players of his generation, Laudrup is a rarity on this list in that he is still respected on both sides of the El Clásico divide, despite memorably swapping Barcelona for Real Madrid.

The Danish star was a key member of Johan Cruyff’s ‘Dream Team’ at the Camp Nou, winning nine trophies during a five-year spell in Catalonia including four successive La Liga titles and the club’s first ever European Cup in 1992.

Laudrup’s latter period at the club coincided with a fall-out with Cruyff, however, and after not being selected for the 1994 European Cup final amid the three foreign player ruling, he moved on.

Michael Laudrup and Romario combine to score a brilliant goal for Barcelona, 1993. pic.twitter.com/bThDiTtsja

The playmaker made the controversial move to arch-rivals Real Madrid and to the Bernabeu, where he immediately inspired the capital club to league title success, ending Barca’s stranglehold on Spanish football and winning his fifth consecutive top-flight title.

Despite spending just two seasons at Real, Laudrup was voted as the 12th greatest player in the club’s illustrious history in 2002.

Regarded amongst the best players in world football at his peak, Hagi was the jewell in the crown of Romanian football during a golden period for the nation.

Having starred for a Steaua Bucharest side that won three successive league titles and reached the European Cup final, Hagi signed for Real Madrid in 1990 following that summer’s World Cup in Italy.

Two seasons in the Spanish capital brought mixed fortunes for the mercurial playmaker, however, struggling during his maiden campaign before hitting 16 goals in all competitions the following year, a hat-trick against Athletic Bilbao and a 40-yard effort against Osasuna the highlights of his career at the Bernabeu.

In a move likely to have pleased footballing hipsters, Hagi bizarrely swapped the glamour of Madrid for ambitious Serie B club Brescia, helping the Italian side to promotion before an immediate relegation.

Returning to Spain at Barcelona, “The Maradona of the Carpathians” again struggled for success, winning just the Spanish Super Cup and scoring 11 goals in 51 appearances at the Camp Nou.

Hagi’s greatest successes of an iconic football career may have come away from Spain’s big two, but he was a flawed genius who was mesmerising at his majestic best.

Enrique made his name during a five-year spell as a Real Madrid player, making more than 200 appearances for Los Blancos and winning one La Liga title, a Copa Del Rey and the Spanish Super Cup during his time at the Bernabeu.

The midfielder made the unusual move of swapping Real for Barcelona, however, moving to Catalonia on a free transfer in 1996 after admitting he felt under-appreciated by the Madrid faithful.

Enrique thrived in the colours of Barcelona, scoring prolifically and helping the Catalan side to a wealth of major honours, including back-to-back league titles, two Copa Del Rey triumphs and the UEFA Cup Winner’s Cup.

The Spaniard won the hearts of the Barca supporters during a eight-year spell that brought 300 appearances and 109 goals, later moving into management and guiding the club to a continental treble in 2015.

Few players have thrilled spectators quite like a peak Ronaldo, Ó Fenómeno a whirlwind of breathtaking brilliance who left a trail of overwhelmed defenders in his wake during his glorious peak.

Having made his name as a precocious talent at Cruzeiro and PSV Eindhoven, he arrived at Barcelona in a world-record deal before enjoying one of the most iconic individual seasons of modern times.

The Brazilian scored 47 goals in 49 appearances as the Catalan side won a cup treble, finishing as the leading scorer in Spanish football and becoming the youngest ever winner of the Ballon d’Or and FIFA World Player of the Year awards.

Another world-record move to Inter Milan followed before returning to La Liga five years later, signing for Real Madrid as the club’s latest Galactico addition after inspiring Brazil to World Cup success in 2002.

The career-threatening injuries suffered during his time at Inter robbed fans of the unstoppable force seen in Catalonia, but the version of Ronaldo who adorned Real’s colours was still a formidable talent.

He won a second Ballon d’Or and third FIFA World Player of the Year accolade during a maiden season that delivered the La Liga title, scoring 104 goals in 177 appearances across all competitions during his time at the Bernabeu.

Perhaps the most controversial move on this list, Figo established himself amongst the finest players in world football at Barcelona before making a world-record move to bitter rivals Real Madrid.

Figo became the first of the Galacticos to head to the Bernabeu in 2000 – the year he won the Ballon d’Or – a decision which made him an instant hate figure for all those associated with the Catalan side.

Figo had won seven honours during his time in Barca colours before enjoying huge success at Real, winning two La Liga titles and the 2002 Champions League.

The Portuguese’s move intensified an already hostile rivalry, his first return to the Camp Nou greeted by ‘Judas’ banners as missiles and objects rained onto the pitch from Barcelona supporters, including the now legendary ‘pigs head’ hurled in his direction as he took a corner.