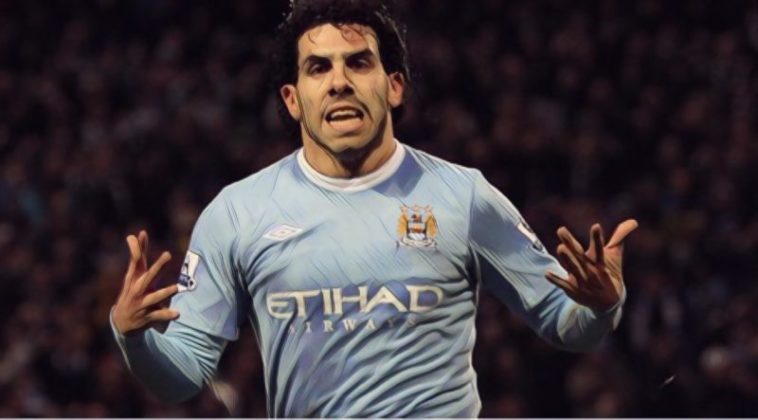 Manchester City and Manchester United renew their battle for city supremacy tomorrow, the duo meeting at the Etihad in the latest instalment of their fierce local rivalry.

For much of the two club’s history, it has been the red half who have enjoyed the greater success, though City’s billionaire takeover just over a decade ago has swung the pendulum in the favour of the once ‘noisy neighbours’.

Throughout the long and storied history of the Manchester rivalry, however, there have been several players brave enough to have adorned the colours of both sides.

The Scottish forward would make his name in English football with Huddersfield Town, before moving to Manchester City in a then British-record transfer fee of £55,000.

Law would score on his debut but would spend just one prolific season in the blue half of Manchester, Italian side Torino coming calling and making him again the most expensive British player of all-time.

After failing to settle he would return a year later and it would be at Old Trafford where Law’s legend would grow, helping to inspire a struggling United side to FA Cup success in his first season, scoring in the final victory over Leicester at Wembley.

Named as the Ballon d’Or winner in 1965 after inspiring United to a first league title since the Munich air disaster, Law would form part of the ‘holy trinity’ alongside George Best and Bobby Charlton as the club established themselves as England’s finest again, winning the European Cup in 1968 though Law missed the semi-final and final through injury.

He would leave United after 11 years and 237 goals, a figure which remains the third highest in the club’s history, before returning to Manchester City on a free transfer in 1973.

Law would score two goals on his debut before an infamous last day of the season Manchester derby goal, the Scot backheeling home against United who were desperately fighting relegation.

He would refuse to celebrate thinking he had condemned his former side to the drop, though results elsewhere meant United were relegated anyway, Law retiring from football shortly afterwards.

A man more than happy to cross the divide, Kidd began his career at Old Trafford and would spend seven seasons in the club’s first-team, scoring 52 goals in 203 league appearances and being part of the side which lifted the European Cup in 1968, scoring in the 4-1 final victory over Benfica on his 19th birthday.

Following the club’s aforementioned relegation in 1974, Kidd would move to Arsenal and spend two successful seasons in North London, before returning to Manchester and joining City in a £100,000 deal.

He would spend three years in the blue half of Manchester, scoring 44 goals in just 98 league appearances including a Manchester derby hat-trick in a 3-1 victory for City at Maine Road, before enjoying spells at the likes of Everton, Bolton and a host of teams in the United States.

Kidd’s crossing of the divide has not been restricted to his playing career, however, spending eight years as an assistant to Sir Alex Ferguson between 1991 and 1999 after moving into coaching before spending the past decade at City, working closely alongside Pep Guardiola in the most successful era in the club’s history.

Arguably the greatest goalkeeper in Premier League history, the ‘Great Dane’ would prove to be one of Sir Alex Ferguson’s shrewdest ever purchases, joining from Brondby in 1991 for just £505,000 before establishing himself amongst the world’s best.

A huge presence in goal, Schmeichel would spend eight trophy-laden seasons at Old Trafford, winning five league titles and the Champions League in 1999 as part of the club’s infamous treble-winning season.

Spells at Sporting Lisbon and Aston Villa would follow his departure from the club, before he would cross the Manchester divide to spend the final season of his career as a Manchester City player.

Schmeichel would never be on the losing side during a Manchester derby, possessing an unbeaten record in the fixture during his spells at both sides.

One of the most prolific forwards in Premier League history, Cole would plunder 187 top-flight goals throughout his career that included spells at both Manchester clubs.

Having made his name at Newcastle, Cole would head to Manchester United in a British transfer-record deal midway through the 1994/95 season, forming part of the side that would win five league titles during his seven year stay at the club.

He would score 122 goals in 275 appearances in all competitions for Sir Alex Ferguson’s side, forming a telepathic understanding with strike partner Dwight Yorke and helping fire the club to their famed treble-winning season.

After spells at Blackburn and Fulham, he would sign for Manchester City in 2005, scoring ten times during a single season stay on the other side of the Manchester divide.

Perhaps the most controversial switch between the sides on this list, Tevez joined Manchester United in 2007 after inspiring West Ham to Premier League survival the previous season, forming a formidable attacking unit possessing the likes of Cristiano Ronaldo and Wayne Rooney.

He would spend two seasons at the club, winning back-to-back titles and the Champions League, though uncertainty over his contract led to him seeking a move away.

It would be rivals Manchester City, newly backed by the billions of Sheikh Mansour, who would make their move, securing a deal for Tevez that made him the first player in a decade to cross directly between the two sides.

An infamous ‘Welcome to Manchester’ poster greeted his arrival, as the rivalry between the two clubs began to increase as City emerged as genuine challengers for major silverware.

Tevez would help inspire the club to a first trophy in 35 years with FA Cup success in 2011, before helping the side to the league title the following year.

He would leave City after four seasons and a series of controversial incidents, having scored 73 times in just 148 appearances for the club.