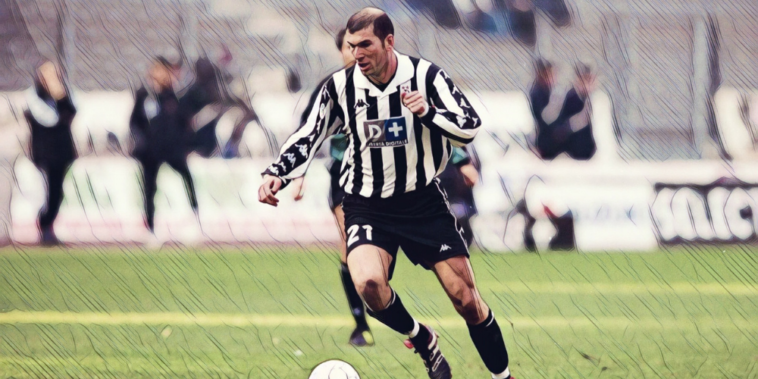 Zinedine Zidane was, for many, the best footballer of a generation and his rise to superstardom accelerated during a five season spell at Juventus that included no shortage of team and personal accolades.

Zidane’s career scaled incredible heights for both club and country, winning league titles with both Juventus and Real Madid, in addition to being the inspirational figurehead behind a France team that dominated international football with World Cup and European Championship triumphs.

After rising to prominence at Bordeaux, Zidane signed for Juventus in 1996 and it was with the Turin side that the midfielder established himself as one of the game’s greatest talents.

Operating alongside stellar names including Alessandro del Piero, Edgar Davids and Didier Deschamps, Zidane was the creative fulcrum of the Bianconeri as they won consecutive league titles and reached successive Champions League finals during the nineties.

Always capable of producing genuine genius, he won the Ballon d’Or and two of three FIFA World Player of the Year accolades during a glittering period of success in Turin.

Here are some of Zinedine Zidane’s best moments at Juventus.