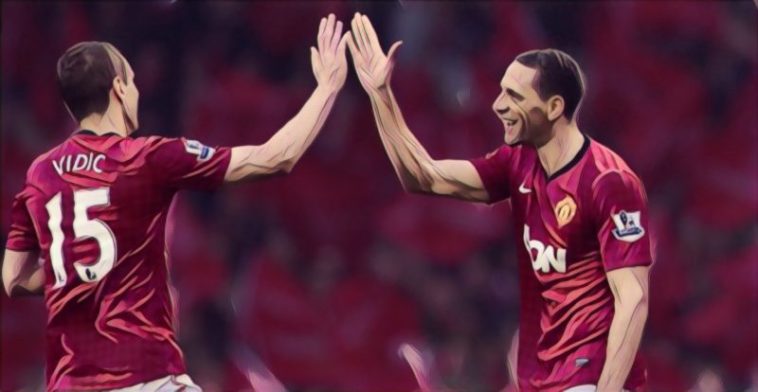 It is often said that goals win games, but defences win titles. When analysing the different teams to have been crowned Premier League Champions over the years, it’s easy to see that this old footballing cliche certainly has plenty of substance with barely any team achieving success without a top centre-back partnership keeping things steady at the back.

With that in mind, we take a look at five of the best centre-back partnerships in Premier League history.

Along with left-back Nigel Winterburn, right-back Lee Dixon and goalkeeper David Seaman, Adams and Bould would form one of the most legendary backlines in the history of English Football. Long before Arsene Wenger arrived in North London, Arsenal were famed for their defensive resolve and their centre-back pairing were the rock on which the famous ”1-0 to the Arsenal,’’ chant was built.

So defensively solid were the Gunners team of the nineties that when they scored – normally via another Arsenal legend Ian Wright – their level of organisation at the back was so supreme that the ref may have just blown his whistle as opposition sides were rarely given a sniff of a chance on goal.

Bould was an old-school defender who loved a battle with opposition strikers, battles he invariably came out on top of. However, it was the Arsenal youth academy product and club captain Adams who was the team’s leader and lynchpin. Together they made over 800 appearances for the Gunners and they provided the platform on which Arsene Wenger’s first Premier League title win in 1997/98 was made possible.

Mark Hughes role as manager of Manchester City is often airbrushed from the clubs meteoric rise under the ownership of Abu Dhabi billionaire Sheikh Mansour. However, the Welshman signed the two centre-backs that would be key components in the City success that would lay the foundations for the Etihad outfit to become the dominant force they now are in English Football.

England international Lescott was a no-nonsense physical defender, who complimented the classy Kompany perfectly, and they would be the regular centre-back pairing during the majority of Roberto Mancini’s reign as City manager from 2009-2013.

During that period the pair would be crucial to City securing their first silverware in over 30 years when they won the FA Cup in 2011, which proved the catalyst for the noisy neighbours to go on and win the 2011/12 and 2013/14 Premier League titles.

It is often said that the best centre-back combinations have an almost telepathic understanding and the brilliant Terry and Carvalho could certainly be described that way during their six trophy-laden seasons together at Stamford Bridge.

When a young Jose Mourinho took over at Chelsea in 2004 he made sure Blues owner Roman Abramovich signed Carvalho from his former side Porto, with the Portugal international defender having established himself as one of the world’s top centre-backs during the previous couple of seasons.

Mourinho would pair Carvalho with a young centre halve by the name of John Terry, who was just starting his journey in becoming a bonafide Chelsea legend and one of the greatest players the Premier League has ever seen.

Terry and Carvalho would immediately hit it off with Chelsea only conceding a record 15 goals during their 2004/05 title triumph. In the six seasons, they featured regularly together at the Bridge, Chelsea would win three Premier League titles and two League Cups. The partnership would be broken up in 2010 when Carvalho followed Mourinho to Real Madrid.

Probably not the most famous of centre-back partnerships, but these two were the regulars at the heart of the legendary ‘Invincible’ team won the 2003/04 Premier League title without losing a single game. Although that side was probably more renowned for its attacking verve, there is no way a team could have maintained their amazing unbeaten record without some serious talent minding shop at the back.

Both Toure and Campbell were teak tough and exceptionally gifted athletically, which made them superb at snuffing out opposition counter-attacks when their more naturally gifted teammates had piled forward. Many observers will argue that other partnerships were better than this duo, but nobody can match their record of going through a 38 game Premier League season without tasting defeat. Toure and Campbell were the Gunners last truly solid centre-back pairing, which goes a long way to explain the North London clubs struggles over the last decade or so.

In recent years it has seemed that most people look back on Manchester United’s dominance of English football from around the mid-noughties up until Sir Alex Ferguson’s in 2103 as something that was built purely on swashbuckling attacking football, however the truth of it is that none of it would have been possible without probably the greatest centre-back pairing the Premier League has ever seen: Nemanja Vidic and Rio Ferdinand.

Together, the duo seemed to move in almost complete harmony with one another and became a nightmare for top-flight strikers during their heyday. Vidic was the hard as nails defender, who marked his man tight and stuck his head in places only the bravest of men would even contemplate. Ferdinand was in his own right a physically imposing and pacey defender, but it was his ability to sweep and play the ball out from the back that saw the two compliment each other so well.

During their time together at Old Trafford from 2006-2014 Manchester United would win five Premier League titles, three League Cups, the Champions League, and the FIFA World Club Cup. There are many reasons for United’s struggles so far during the post-Ferguson era, but not properly replacing these two has to be right up there.