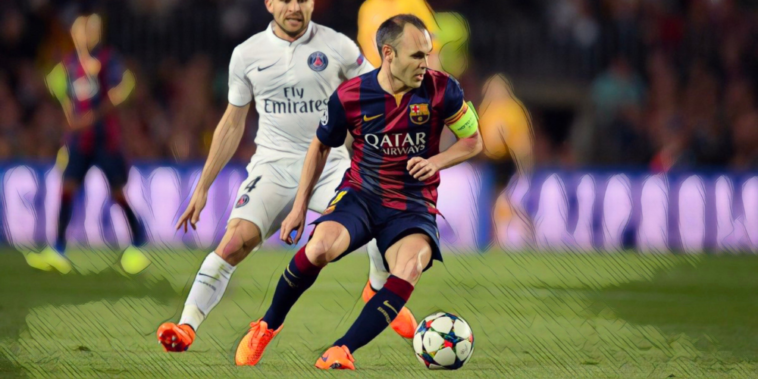 Goalscorers grab the headlines but sometimes the beauty of a goal is in its creation, with Luka Modric illuminating the Champions League this week with a wondrous assist for Rodrygo.

Modric’s outside-of-the-boot ball into the Brazilian’s path helped Real Madrid come back to beat Chelsea in the quarter-finals, an exceptional moment of quality from one of the finest midfielders of his generation.

Following the Croatian creator’s brilliant ball for Rodrygo, we’ve looked back at some of the most memorable assists in Champions League history.

Raul scored twice for Vincente del Bosque’s side who would go on to be crowned European champions, but it was a moment of magic from Fernando Redondo to tee up the forward that lives longest in the memory.

Bursting down the left flank for the Spaniards, the midfielder used a piece of invention to get beyond the chasing Henning Berg, executing an impudent backheel through the defender’s legs before collecting possession on the other side.

Having broken free from Berg after seemingly heading towards a channel with no escape, he had the composure – and vision – to slow down and pick out the perfect pass into the box.

Raul had the simplest of tasks to turn home the Argentine’s subsequent cross into an unguarded net, with Redondo’s assist having become arguably the defining memory of the midfielder’s career.

Dennis Bergkamp’s career contained no shortage of wizardry with this Champions League assist against Juventus one of his great moments in Arsenal colours.

Arsenal faced Juventus needing to win during the 2001/02 season, having been beaten at Deportivo La Coruna in their previous fixture.

David Trezeguet’s goal for Juventus had threatened a fightback from the Italians after earlier goals from Freddie Ljungberg and Thierry Henry, before Bergkamp – off the bench as a substitute – created a goal out of nothing for the Gunners.

Breaking away in the closing stages at Highbury, he slowed the pace of the game down as Juventus defenders hurried to close the space surrounding the Dutchman.

On this day in 2001, Dennis Bergkamp produced this outrageous Champions League assist 🙌

With no obvious escape route, he twisted and turned and turned some more, the ball glued to the feet of a supreme technician as the Juventus defenders fell for every feint.

Paolo Montero’s close attentions proved irrelevant as Bergkamp found an audacious pass into the onrushing Ljungberg, a moment of delicious delicacy with the outside of his boot for the Swede to score.

The big players deliver on the biggest occasions and little compares to the stage of a Champions League final.

Kaka was among the most influential footballers of the mid-2000s and in 2005 saved one of his best assists for the Champions League final, setting Hernan Crespo free with a n exquisite turn and pass against Liverpool.

The Brazilian spun balletically away from Steven Gerrard in the build-up, before his defence-splitting pass left Jamie Carragher lunging in vain as Crespo raced away to score his second of the game.

That stunning turn and then the inch-perfect pass. 🔥🔥🔥

Somewhat forgotten in the chaos that was Liverpool’s thrilling fightback from 3-0 down to win in Istanbul, it was nonetheless a special moment from a special player on the Champions League’s biggest stage.

Theo Walcott’s emergence caused huge excitement at Arsenal and one of the fondest memories of the teenager’s precocious talent came in one of the Champions League’s great all-English ties at Anfield.

Liverpool and Arsenal met in an enthralling quarter-final second leg on Merseyside, with Walcott’s introduction off the bench reinvigorating the Gunners who had fallen 2-1 behind on the night.

The 19-year-old produced one of the Champions League’s most memorable assists with a magical run from inside his own half, bursting beyond six Liverpool challenges before squaring for Emmanuel Adebayor to tap home.

Walcott’s scintillating speed and close control saw him take multiple defenders out of the game, leaving both Fabio Aurelio and Javier Mascherano in heaps on the turf as they tried to stop his surge.

Walcott’s assist helped Arsenal move ahead on away goals in the tie, but late drama saw Steven Gerrard and Ryan Babel score to send Liverpool through to the semi-finals.

For more than a decade Andres Iniesta glided across the Camp Nou pitch, embarrassing defenders with outstanding dribbling skills and passes of precision between lines.

Barcelona’s success in Europe was built on a midfield that dominated the ball and Iniesta was among the high-priests of their footballing beliefs, a midfield magician who often ran rings around elite opponents.

Will never get tired of watching this Iniesta assist against PSG 😍

Iniesta produced one of his most famous assists in a Champions League clash with PSG in 2015, weaving his way through the Parisian’s defence to set up Neymar in a 2-0 win.

Iniesta left four defenders in his wake after carrying the ball from inside his own half, a stunning solo run and assist that set Barcelona on course for Champions League and treble success.