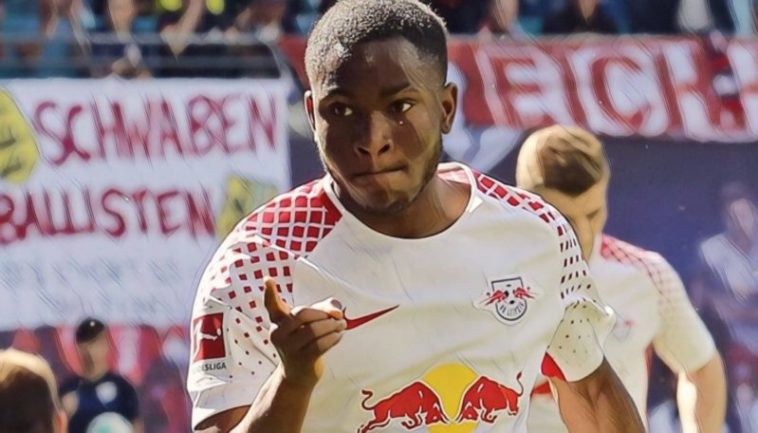 The Bundesliga has seen an invasion of British talent in recent seasons with a succession of frustrated youngsters heading to German football in search of regular first-team football.

Germany’s reputation for offering opportunities to young prospects has increased the interest from these shores, with many choosing to venture abroad to continue their development either on loan or on a permanent basis.

As the ‘destination league’ for young British talent looks set to become the first major European competition to return to action this weekend, we’ve decided to profile the six youngsters who could potentially be in action.

Here are our ratings of the impact of the six British youngsters playing in the Bundesliga:

The trailblazer for British talent heading abroad to further their development, Sancho grew frustrated in waiting for an opportunity to arrive at Manchester City before deciding on a new venture in Germany with Borussia Dortmund.

Dortmund have become recognised as one of the best clubs in world football for young talent to be nurtured in recent years and Sancho’s decision has certainly proved vindicated – and then some.

The winger has developed into arguably the most exciting young talent in football following three seasons of regular first-team football in the Bundesliga, becoming the first teenager in the history of the division to score 25 league goals.

Blessed with pace, creativity and devastating end product, Sancho has established himself as a senior England international and one of the most potent attacking weapons in European football, his record currently standing at 14 goals and 15 assists in just 21 league starts so far this season.

Several of European football’s elite – including Manchester United and Chelsea – are now considering a huge bid for his services this summer, the sky seemingly the limit for a player whose move abroad helped him navigate the Premier League‘s glass ceiling to become a bonafide star.

The former England youth international struggled to make an impact at Everton after moving to Merseyside from Charlton, starting just seven league fixtures for the Toffees over a two-year spell as his progress began to stall.

Another exciting forward talent, Lookman’s dribbling skills and ability to beat players first attracted the interest of Leipzig two years ago, the youngster heading to the Red Bull Arena on an initial loan spell and scoring five goals in just 11 Bundesliga appearances.

His return to Goodison Park failed to see a significant breakthrough and Leipzig – having been impressed by the forward’s previous temporary spell – sealed his permanent signature in a deal which could rise as high as £22.5m last summer.

His second stint in German football has proven far less successful, however, Lookman starting just one league fixture and failing to break into a side making progress in both the Bundesliga and Champions League.

Leipzig have been blessed with an abundance of young talents in recent years and Lookman has the potential to develop into a leading player, though he is unlikely to wait patiently once more having already suffered several first-team frustrations in the Premier League.

Joining Lookman at the Red Bull Arena this season has been another of British football’s emerging talents, Chelsea defender Ampadu joining the club on a season-long loan deal to further his development.

The teenager is regarded as one of the best young prospects at Stamford Bridge and has impressed in his brief cameos for the west London side, whilst the 19-year-old has already established himself as a senior international with Wales.

Ampadu – a confident and composed player who is comfortable in both central defence and in midfield – has seen his progress stall in German football, however, spending most of the season on the sidelines and failing to dislodge the likes of Dayot Upamecano and Willi Orban in Julian Nagelsmann’s side.

The Welshman insists he has ‘no regrets’ over his move to Germany but must surely be monitoring the situation at parent club Chelsea, Frank Lampard having handed a host of academy graduates chances in the first-team this season.

Ampadu, by contrast, has failed to start a single league fixture but is expected to return and challenge for a place at Chelsea next season.

Djibril Sidibe’s summer arrival and the presence of club captain Seamus Coleman saw Everton youngster Kenny depart on loan in search of first-team opportunities, and it has proven a productive spell for the 23-year-old since joining Schalke on a temporary deal.

The right-back, who grew up close to Goodison Park, has spoken of leaving his ‘comfort zone’ in order to progress as a footballer and his move to Gelsenkirchen has proven hugely positive, becoming a fixture in a side managed by former Huddersfield manager David Wagner and competing for European qualification.

Kenny, a tenacious defender who loves to venture forward, was part of the England side which won the U-20 World Cup alongside the likes of the aforementioned Lookman and Dominic Calvert-Lewin three years ago, and he has made significant progress over the course of the current campaign.

Kenny’s long term future remains uncertain but he has attracted interest following a series of impressive performances, scoring once and providing three assists in the Bundesliga this season.

Jonjoe Kenny with a great goal for Schalke! #EFCpic.twitter.com/ypSYr46Bw0

Matondo’s impressive performances in the youth system at Manchester City saw the teenager handed his first senior appearance for Wales under Ryan Giggs, before opting to follow the path of Jadon Sancho and swap the Etihad for the Bundesliga.

The winger completed a move to Schalke for a fee of up to £11m in January 2019, the German outfit sufficiently impressed with the fleet-footed star’s talents to shell out a significant fee for a player without a first-team appearance at club level.

Matondo’s decision has proven a wise one at present as he has been gradually introduced to the first-team fold under David Wagner, making 14 appearances and scoring his first goal with a cool finish against RB Leipzig earlier this season.

The pacey 19-year-old initially came through the ranks at Cardiff before moving to City in 2016, and could the next exciting wide talent to flourish after trading the Premier League champions for the Bundesliga.

Another British player doing his thing in the Bundesliga. pic.twitter.com/zKHiT8IQep

Reece Oxford seemed to have the world at his feet when coming through the ranks of West Ham’s fabled youth system, becoming the club’s youngest ever player and starring as a 16-year-old against Arsenal on his Premier League debut.

What promised to be the emergence of a future England international has stalled significantly in recent years, Oxford enduring rather mixed fortunes during loan spells at Reading, Borussia Monchengladbach and FC Augsburg.

The latter secured the defender on a permanent basis in the summer of 2019, but he has failed to kick on once more and could be set to leave this summer after just eight league appearances.

Still just 21-years-old, Oxford could appeal to a side seeking athleticism and composure at either centre-back or in defensive midfield, though time is running out for the player to fulfil his once seemingly limitless potential.