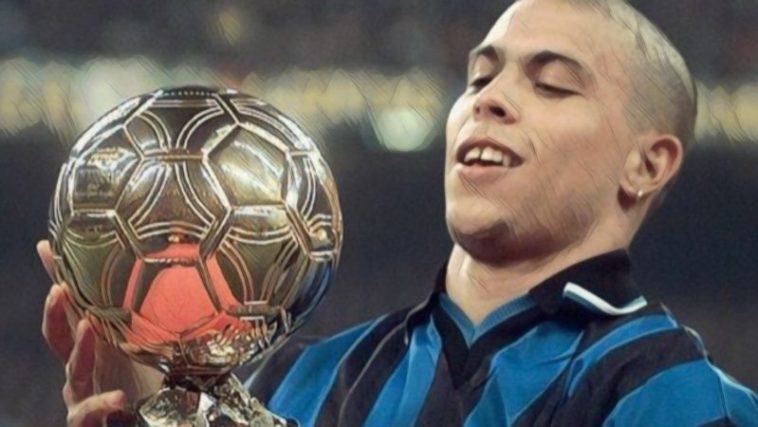 The world’s finest footballer is recognised each year with the award of the Ballon d’Or, with a host of the game’s greats having taken home the sport’s most prestigious individual accolade since its inception in 1956.

Initially an award for European players only, the Ballon d’Or is now open to any player in the world but which nation has produced the most individual winners?

Here are the five countries to produce the most Ballon d’Or winners:

The very first edition of the Ballon d’Or was won by Sir Stanley Matthews of Blackpool, the legendary winger secured England’s first prize after finishing ahead of Real Madrid duo Alfredo Di Stefano and Raymond Kopa in the mid-fifties.

Matthews was the first of four English Ballon d’Or winners, the second coming a decade later with Sir Bobby Charlton named European Footballer of the Year after inspiring England to World Cup glory on home soil, with the midfielder finishing as runner-up for the prize the following season.

The late seventies saw England’s first and so far only back-to-back winner of the Ballon d’Or, Kevin Keegan recognised with consecutive honours in 1978 and 1979 after a hugely successful spell at Hamburg, the latter year of which saw the club crowned as Bundesliga champions.

Michael Owen became England’s fourth and most recent winner of the prize, the forward finishing ahead of Raul and Oliver Kahn in the 2001 voting after helping Liverpool to a FA Cup, League Cup and UEFA Cup treble.

Only one nation has produced more Ballon d’Or winners than Brazil, a remarkable statistic given that countries outside of Europe only gained eligibility for the prize in the mid-nineties.

Ronaldo became the first Brazilian to be named as the winner of the Ballon d’Or in 1997, the forward becoming the youngest player in history to receive the accolade at just 21-years-old, before winning the prize for a second time after inspiring the South American superpower to World Cup success five years later.

In between Ronaldo’s dual successes came the coronation of international teammate Rivaldo, who starred for club and country throughout 1999 winning La Liga with Barcelona and the Copa America with the Seleção.

Ronaldinho – another great of Barcelona and Brazil – was the nation’s third winner in 2005, before compatriot Kaka claimed the honour as the world’s finest footballer two years later after inspiring AC Milan to Champions League success.

Raymond Kopa became France’s first Ballon d’Or winner in 1958, the midfielder amongst the stars of world football in the mid-fifties, finishing in the top three of the voting for four consecutive seasons as Real Madrid dominated the early years of the European Cup.

The French waited a quarter of a century for their next winner, however, Michel Platini becoming the first player in history to win three consecutive Ballon d’Ors between 1983 and 1985, an achievement which has been matched only by Lionel Messi in the award’s entire history.

Jean-Pierre Papin became the first Frenchman to win the award whilst playing in his homeland in 1991, the prolific forward rewarded after firing Marseille to the Ligue 1 title and final of the European Cup.

France’s fourth and most recent winner was Zinedine Zidane, the midfield great named as Europe’s finest player after inspiring the nation to World Cup success on home soil, memorably scoring two headed goals in the final success over Brazil in Paris.

Italy has produced five different winners of the game’s greatest individual honour, the nation’s first coming after Juventus’ Omar Sivori was named as European Footballer of the Year in 1961.

Rossi’s award came after the forward had inspired the Azzurri to World Cup glory by finishing as the tournament’s leading scorer, and it was another triumph on the world stage that saw Italy’s most recent winner with captain Fabio Cannavaro winning the Ballon d’Or in 2006.

Cannavaro’s imperious World Cup displays saw him become just the third defender to win the award, whilst he remains one of just three to win the Ballon d’Or- alongside Franz Beckenbauer and Matthias Sammer – with the voting often dominated by attacking talents.

Sitting level with Italy for the most Ballon d’Or winners is Germany, the nation having produced five different winners with seven awards overall.

Germany’s first three Ballon d’Or winners were all crowned whilst wearing the colours of Bayern Munich, Gerd Muller the first of his countrymen to win the award in 1970 before Franz Beckenbauer became the first defender to win the honour two years later.

Beckenbauer won a second Ballon d’Or in 1976 before Karl-Heinz Rummenigge secured back-to-back honours in 1980 and 1981, the latter year seeing German players finish first, second and third in the voting.

Somewhat surprisingly for a country which consistently produces leading talent, Germany’s most recent winner came 30 years ago, Lothar Mattheus named as winner of the 1990 Ballon d’Or after captaining Die Mannschaft to World Cup success at Italia ’90.

Read – Teams that should have won the Champions League: Klopp’s Dortmund