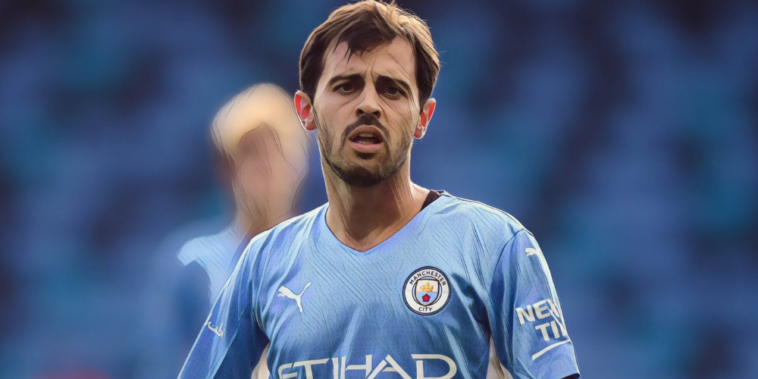 Bernardo Silva is not interested in a move to Tottenham as part of a deal that would see Harry Kane sign for Manchester City.

Pep Guardiola recent revealed that Silva is unsettled at City and will be allowed to leave this summer should a suitable offer arrive, with the midfielder’s place in the side having come further under threat following the arrival of Jack Grealish from Aston Villa.

City are believed to have offered Silva to Tottenham as part of the club’s opening offer for Kane, though The Athletic are reporting that the Portugal international has ‘made it known’ that he would not consider a move in the opposite direction.

The Premier League champions are expected to return with an improved offer for Kane before the closure of the transfer window on August 31, having seen an initial bid of £100m rejected.

Bernardo has attracted interest from Atletico Madrid, Barcelona and Juventus, though none of those clubs appear to be in a financial position to secure a deal for the 26-year-old at present.

Silva’s agent, Jorge Mendes, has been in Manchester this week to find a solution for the player and had been keen to explore the possibility of the star moving to north London.

Aymeric Laporte is also said to be keen to leave City but a transfer for the defender appears ‘unlikely’, with the financial situations at suitors Real Madrid and Barcelona making a return to La Liga ‘nigh-on impossible’.