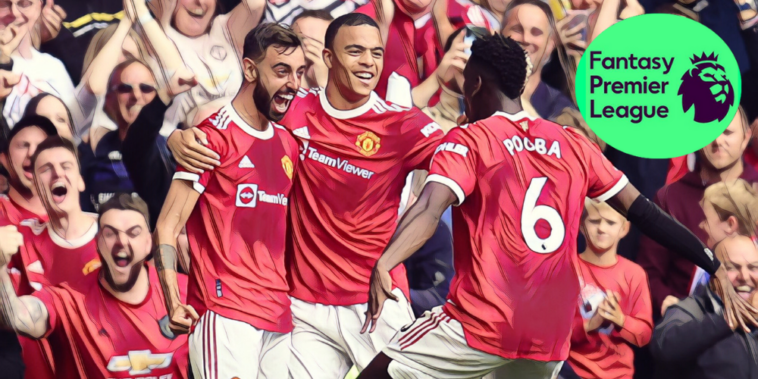 Fantasy Premier League made its return last weekend with the start of the new season, gameweek one proving a high-scoring round with goals aplenty across the division.

Premium assets including Bruno Fernandes, Mohamed Salah and Son Heung-Min all hauled, with the former the early points leader after scoring a clinical hat-trick in Manchester United’s win against Leeds.

Ahead of the gameweek two deadline, we look at four of the best Fantasy Premier League captaincy options.

Mohamed Salah has often started quickly and made history with a goal at Norwich in gameweek one, becoming the first player in Premier League history to score on five consecutive opening weekends.

Salah added to his goal with two assists at Carrow Road, hauling 17 points to reward his high ownership.

Gameweek two sees Liverpool host Burnley in Saturday’s lunchtime kick-off and Salah is sure to attract a high percentage of captaincy, with the Clarets having been beaten at home to Brighton last weekend.

Back in front of a capacity crowd at Anfield, expected the Egyptian to continue his strong start to the new season.

Last season’s highest-scoring player made the perfect start to the 2021/22 campaign, scoring a hat-trick and hauling 20 points during Manchester United’s 5-1 thrashing of Leeds.

Fernandes’ goals came from just three shots on target with the midfielder in clinical mood, operating high in an advanced role and causing havoc with his runs into the box.

The Portugal international is central to the Red Devils’ play and takes responsibility from both penalties and free-kicks, whilst gameweek two looks a strong fixture on paper as Ole Gunnar Solskjaer’s side visit Southampton.

In three appearances against Leeds, the Portuguese has amassed 40 points courtesy of five goals, one assist and five bonus#MUNLEE pic.twitter.com/bXiLvW2Q4t

Fernandes has averaged 1.67 goals per game across his last six Premier League fixtures and will be confident of continuing his impressive form against a Southampton team soundly beaten at Everton last weekend.

Danny Ings’ late, late goal from the penalty spot rewarded his ownership last weekend, with the Aston Villa new-boy scoring a consolation in defeat at Watford.

Villa will be hoping to bounce back this weekend when they host Newcastle in gameweek two, the visitors arriving at Villa Park after conceding four goals at home to West Ham last week.

No side conceded more big changes (6) or shots inside the box than Newcastle in gameweek one and Ings will be relishing the opportunity to get on the scoresheet ahead of his home debut for Villa.

Villa were lacklustre in their opening fixture but have the attacking quality to pose the Magpies problems this week and Ings’ early inheriting of spot-kick duties further adds to his appeal.

Manchester City’s defence of the Premier League title began with defeat at Tottenham, but gameweek two provides the champions with a fine opportunity to respond as Pep Guardiola’s side welcome newly-promoted Norwich to the Etihad.

Norwich were beaten comfortably by Liverpool last weekend and their tough return to the Premier League is set to continue, the trip to Manchester one few sides will relish this season.

Amongst City’s wealth of attacking assets it is Riyad Mahrez who stands out as the best captaincy option, with Kevin De Bruyne feeling his way back from injury and Jack Grealish finding his feet in a blue shirt.

The Algerian – like many of his teammates – disappointed at Spurs last time out, but Mahrez has often shown himself to be a flat-track bully in terms of FPL points with Burnley, Watford, Southampton and West Brom amongst his preferred opponents.

Mahrez was in scintillating form during City’s pre-season campaign and the visit of a Norwich side stubbornly faithful to their attacking approach offers the potential for a huge haul.