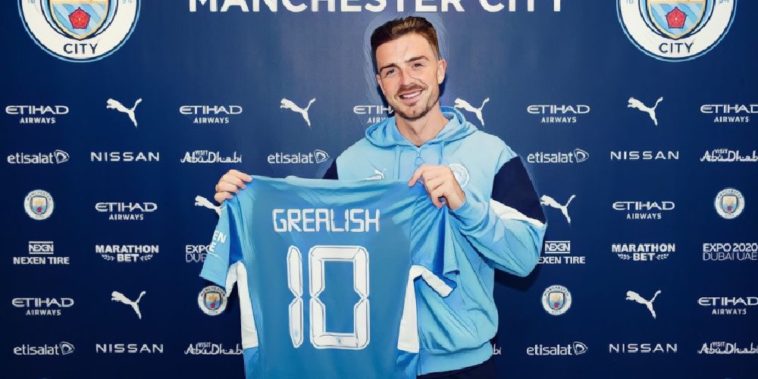 Pep Guardiola has reacted to Manchester City’s record-breaking signing of Jack Grealish and has admitted Bernardo Silva is among the players who want to leave the Etihad.

Guardiola has spoken on his side’s record-breaking investment and says the club’s sales this summer have freed funds for the marquee arrival, with the Spaniard describing Grealish as a ‘huge talent’.

“When we could spend this amount of money it is because we sell for almost £60m,” he told a press conference. “We were not able in the last year or so but we sell young players from the academy and loan players for £60m. When you sell that, you can afford £100m. Otherwise, it would not have been possible.

“That’s why for the difference we spend on him because he’s 26 years old, he can play the next five, six, seven, eight years here and we believe we have an incredibly huge talent in terms of not just skills but mentality.

“When a team in the last years won a lot – which we cannot deny we have – we need new players. Not much but a few players that can rise to the level of players already here. The new players can fight with the players who stay here for a long time, otherwise, after a lot of titles it is difficult to maintain a step forward. Every player needs to have the pressure that maybe they are not going to play.

“I say thank you so much to the club – especially Ferran, Khaldoon and Txiki – and thank you to Aston Villa and Jack who chose to come here because I’m pretty sure he could decide whatever he wants.

“He said he wanted to play for Man City and that’s why it is an honour to have him and hopefully he can settle as quick as possible.”

Guardiola did however confirm that he has a number of unsettled stars in his Man City squad, with Bernardo Silva one who is keen to leave the Etihad this summer, with the arrival of Grealish increasing competition for places amongst City’s attacking options.

Aymeric Laporte has also been linked with an exit in search of more regular first-team football and Guardiola insists the ‘door is open’ for any unhappy stars to leave if suitable offers arrive.

“He’s our player,” he said. “Not just Bernardo, there are two, three or four players that want to leave but they are our players under contract and when they bring some offer and their agents come here and they want to leave we are open to discuss absolutely everything but it depends on them. Otherwise, they will continue training really well, they will stay here and I will decide if they stay or don’t stay.

“The players who want to leave know the door is open because we don’t want anyone here unsatisfied but they have to bring someone. Otherwise, they will stay here.”