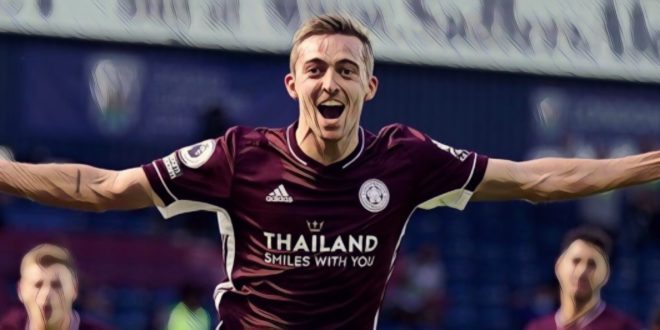 Appreciating the five Belgians to score on their Premier League debuts

Harry Diamond 14/09/2020 Five of the Best, Opinion/Features Leave a comment

The opening weekend of the Premier League season saw plenty of fresh faces in England’s top tier, with several notable names making their debuts after summer switches to new clubs.

Amongst the most successful debuts of the weekend was Leicester new boy Timothy Castagne, the summer signing from Atalanta marking his first appearance for the Foxes with a goal in their 3-0 victory over West Bromwich Albion.

It proved an encouraging debut display for the full-back as he became the fifth Belgian to score on his Premier League bow, and following Castagne’s memorable moment we’ve decided to look back at the other notable names to achieve the feat.

Here are the five Belgians to score on their Premier League debuts:

A story of what might have been for Luc Nilis in the Premier League, a man once described as his favourite ever strike partner by none other than OG Ronaldo.

Nilis had scored prolifically over a career spent at the likes of Anderlecht and PSV Eindhoven, where he formed a devastating partnership with a young Ronaldo in the Eredivisie before later playing alongside another premier poacher in Ruud van Nistelrooy.

He won two league titles and twice finished as Dutch football’s leading scorer before opting for a swansong in English football with Aston Villa, joining the club on a free transfer at 33-years-old.

Two games later his career was over. What might have been.pic.twitter.com/5TOUbddbom

Despite entering the twilight of his career he joined with grand ambitions of firing John Gregory’s side into the Champions League, and began in perfect fashion by scoring a scorcher on his debut in a 1-1 draw against Chelsea at Villa Park.

The talented forward, however, saw his career cut short in horrific fashion just two games later following a collision with Ipswich goalkeeper Richard Wright, suffering a double compound fracture of his right shin, an injury which at one point raised fears over a possible amputation.

Thomas Vermaelen was schooled in the club’s famed academy system before swiftly becoming a leader in a transitional Ajax side, spending four full seasons with the Amsterdam outfit to forge a reputation as one of the most promising defenders outside of Europe’s major leagues.

Arsenal spotted the Belgian’s potential and secured a deal for the centre-back in 2009, where he made an instant impression with a debut goal in a 6-1 thrashing of Everton at Goodison Park.

That goal proved just the start of a maiden campaign in English football that saw Vermaelen named in the PFA Team of the Year, scoring an impressive seven league goals from his position in central defence.

A serious injury decimated his second season and that would prove a familiar theme throughout his latter years at the club, despite becoming an important figure when fit and being named as club captain by Arsene Wenger.

Vermaelen left in somewhat acrimonious circumstances for Barcelona in 2014 and won four league titles during his time with the Spanish giants, though prolonged periods on the treatment table meant he played little more than a bit-part role at the Camp Nou.

Christian Benteke was described as ‘unplayable’ by Aston Villa manager Paul Lambert following his debut for the club, the big Belgian coming off the bench to open his account against Swansea at Villa Park.

The young forward had impressed in his native Belgium with Genk before making the move to the Premier League, where he swiftly became a fans’ favourite after scoring 23 goals in all competitions during his maiden campaign.

Benteke’s goal came after capitalising on a mistake by Ashley Williams, racing onto the defender’s headed back pass before lifting the ball over the goalkeeper and tapping home from close range.

It sparked a memorable three-year spell at Villa that delivered 49 goals in 101 appearances before an ill-fated move to Liverpool, Benteke having struggled to replicate his former form in recent seasons and has scored just six league goals in the past three years at Crystal Palace.

Last season saw the fourth Belgian to score on their Premier League debut, Leandro Trossard introducing himself to the Brighton fans with a fine debut strike against West Ham at the Amex Stadium.

The diminutive winger had seen an earlier effort cancelled out by VAR for an offside, before opening his account for the Seagulls with a sweetly struck effort into the bottom corner.

Trossard’s goal came just four minutes after West Ham had gone in front via Javier Hernandez, securing his new side a vital point with his first goal in English football.

The £18m signing from Genk finished his first full campaign with five league goals and a further five assists, the 25-year-old earning his first senior cap for Belgium during this month’s Nations League fixtures.

The newest addition to this list, Castagne made his mark on his first appearance for Leicester this weekend by heading home compatriot Denis Praet’s cross to open the scoring at West Bromwich Albion.

The versatile defender moved to the King Power Stadium from Italian high-flyers Atalanta to cover both full-back positions following the departure of Ben Chilwell to Chelsea, wasting little time in introducing himself by firing the Foxes into the lead at the Hawthorns.

Castagne – what a Leicester debut
🙌pic.twitter.com/mA8Yz95TJn

Castagne’s goal helped Leicester get off to the perfect start as they look to improve on last season’s fifth-placed finish, Brendan Rodgers side missing out on Champions League qualification by the narrowest of margins following a final day defeat to Manchester United.

Rodgers will be pleased to see the summer signing settle quickly, with the Northern Irishman describing the 24-year-old as ‘built for the Premier League’ following an encouraging debut.