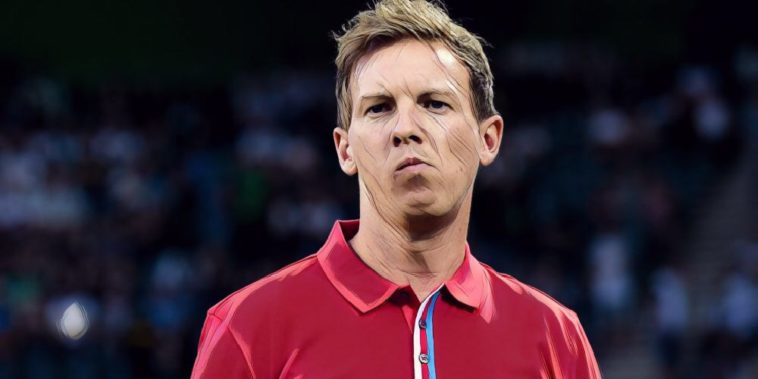 Tottenham have been dealt a blow in their hopes of securing Julian Nagelsmann with Bayern Munich having opened talks with the RB Leipzig manager.

Nagelsmann is understood to have been the north London side’s leading candidate to replace the sacked Jose Mourinho, with the Portuguese having been dismissed last week following the club’s disappointing second half of the season.

Ryan Mason has been placed in interim charge and oversaw Spurs’ 1-0 defeat to Manchester City in the Carabao Cup final on Sunday, though the club’s hierarchy are assessing their options ahead of a permanent appointment this summer.

Spurs had hoped to persuade Nagelsmann to the Premier League with the 33-year-old having gained a reputation as arguably world football’s best young coach, becoming the youngest manager in Bundesliga history at Hoffenheim before leading the German side into the Champions League for the first time.

His reputation has continued to enhance since making the move to Leipzig, leading the side to the semi-finals of the Champions League last season and impressing with his high-intensity style of football.

Nagelsmann has reportedly told Leipzig he wants to leave the Red Bull Arena at the end of the campaign and has a €15m release clause in his contract, though interest from Bayern provides a significant obstacle in Spurs’ hopes of luring him to English football.

According to the Independent, the European champions have made Nagelsmann their leading target to replace Hansi Flick, who has announced his intention to walk away from the club at the end of the season amid tensions with the board and interest from the German national side.

Should Nagelsmann head to Bavaria, Spurs will consider alternative targets with a host of Premier League managers on the club’s shortlist.