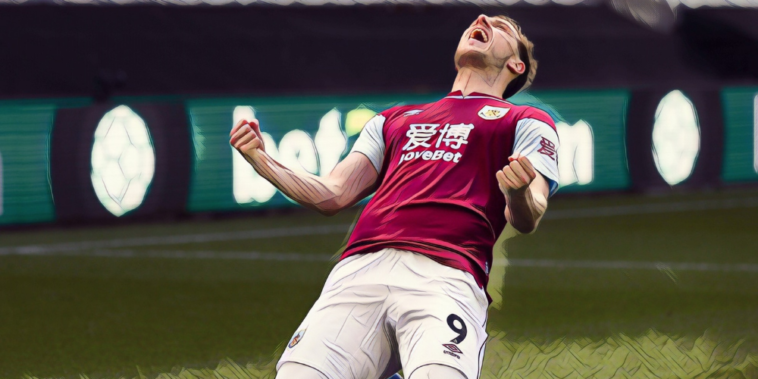 The latest round of Premier League action saw Chelsea move a huge step closer towards the Champions League after winning at top four rivals West Ham, whilst Liverpool’s faltering forward line saw their own hopes suffer a blow.

In a weekend where VAR once again reared its ugly head, Burnley battered Wolves to move further clear of the relegation places, Everton continued their push for Europe with a win at Arsenal and Midlands rivals Aston Villa and West Brom shared the spoils entertaining draw.

It’s that time of the week again where we compile our dream XI from the weekend’s action, here is the Football Faithful’s Premier League Team of the Week.

Back-to-back wins had moved Newcastle a huge step closer to safety in recent weeks and the Magpies continued their recent momentum this weekend after snatching a late draw at Liverpool.

It’s now four games unbeaten for Steve Bruce’s side who had goalkeeper Martin Dubravka to thank for keeping them in the game at Anfield, the Slovakian shot-stopper standing firm amid an onslaught of attacks on Merseyside.

Dubravka made eight saves including smart stops to deny Mohamed Salah one-vs-one and a low Roberto Firmino effort, a fine display from the 32-year-old whose showing allowed Joe Willock to rescue a point with virtually the last kick of the game.

Leeds’ clash with Manchester United was far from the goal-fest it had promised to be, largely due to some brilliant defending from both sides with Aaron Wan-Bissaka amongst the best afield.

The right-back is widely regarded as one of the best defensive players in the division and was in fine form at Elland Road on Sunday, making seven ball recoveries, five interceptions and four clearances in the goalless draw.

Wan-Bissaka also showed his improving confidence when venturing forward and completed five of his six attempted take-ons, a strong showing from the 23-year-old who will be hoping to make a late bid to gatecrash Gareth Southgate’s England squad this summer.

The sort of performance Everton fans have come to expect from Ben Godfrey following his summer signing from Norwich, the defender dominant as Carlo Ancelotti’s side secured an important three points at Arsenal.

Godfrey’s mix of speed, strength and commitment to the cause has already made him a popular figure on Merseyside and he gave Arsenal’s Eddie Nketiah almost nothing to work with in attack.

The 23-year-old won headers and showed his eagerness to clatter into tackles when required and Godfrey – whose performances and versatility have been key to Everton’s European challenge – will be another eyeing potential England recognition.

Pascal Struijk’s rise has been one of the stories of a brilliant return to the Premier League for Leeds, the youngster grasping his opportunity and growing in stature with each passing performance.

Struijk made just five appearances during Leeds’ promotion-winning campaign before being thrust into the side upon their return to the top tier, where he has demonstrated huge potential at the heart of Marcelo Bielsa’s defence.

The 21-year-old – who has already reportedly been at the centre of an international tug-of-war between the Netherlands and Belgium – shone once again against Manchester United this weekend, winning six duels, five tackles and making a huge 10 ball recoveries.

Leeds’ injuries at centre-back this season have seen the youngster trusted by Bielsa and he has responded for much of the campaign, Struijk having largely made the defensive role his own so far this season.

Everton’s stand-out player during the opening exchanges of the club’s 1-0 win at Arsenal, a result which keeps the Toffees just six points adrift of the Champions League places with a game-in-hand on fourth-placed Chelsea.

Digne was full of endeavour on the front foot and produced some superb deliveries from wide, all while remaining defensively sound as Everton secured a precious clean sheet and three points.

The 27-year-old remains one of the best left-backs in the division and will be hoping to showcase his talents on the European stage again next season.

An absolutely monstrous performance from Leeds’ home-grown heartbeat who produced one of his best displays of the season in the club’s goalless draw with bitter rivals Manchester United.

Phillips’ full repertoire of talents were on show as he influenced proceedings all over the pitch, comfortably winning his duel with Bruno Fernandes and finishing the clash with 13 recoveries, 11 duels won and eight tackles made.

The 25-year-old’s combative protection of the back four was matched by a quality when in possession, showing his excellent passing range with some raking long balls and creating a game-leading three chances for Leeds.

Fernandes will have hardly had a more difficult afternoon all season as he was harassed and hassled by man-marker Phillips throughout, a performance which epitomised just why the academy graduate is so revered by the Elland Road faithful.

Fast becoming the man for the big occasion, for the second successive week Joe Willock came off the bench to secure a huge result for Newcastle.

Willock has been a welcome addition to the ranks since signing on loan from Arsenal in January and showed his value once again this weekend, the introduction of the youngster and Callum Wilson helping the Magpies back into the contest at Liverpool.

The 21-year-old’s third-man running added new energy to the side and he delivered when it mattered most, rescuing a point for Steve Bruce’s side with the last kick of the game at Anfield.

Bruce has reiterated his desire to keep the on-loan midfielder beyond the end of the season and will hope Newcastle’s much-maligned board will provide him their backing after Willock’s latest say in the club’s quest for survival.

Mason Mount remains Chelsea’s most influential player and produced in a high-stakes encounter at the London Stadium this weekend, the Blues edging closer to Champions League qualification with a narrow win over fellow hopefuls West Ham.

Mount was at the heart of his side’s play with another typical all-action performance in midfield, recording the most touches, most shots, most ball recoveries and most tackles in a complete performance in the Chelsea engine room.

The England international was bright and inventive, creating opportunities for both himself and his teammates and continuing the levels of consistency that have seen emphasise his status as one of the Premier League’s best young players this season.

As he has been for much of a disappointing season, Matheus Pereira was the Baggies’ bright spark and registered his ninth league goal of the campaign from the spot in a performance of attacking intent.

The Brazilian later rattled the crossbar from a free-kick and fired another effort just over, whilst working hard defensively for the cause.

West Brom are unlikely to be playing their football at the highest level next season, though few would be surprised to see Pereira – who has nine goals and five assists this season – remain in the top tier.

Burnley’s best performance of the campaign and a signature showing from Dwight McNeil at Wolves, who ran himself into the ground down the left and showed his quality when afforded space and time to deliver.

The England u21 international capitalised on Adama Traore’s slack pass to steal possession and cross for Chris Wood to fire home, before a brilliant in-swinging corner was headed home by Wood to make it three at Molineux.

Somewhat incredibly, 63% of McNeil’s assists in the Premier League (10/16) have been for Wood, with the New Zealand international reaping the rewards of the winger’s supply.

Of all players with at least 15 assists in the competition, McNeil has the highest percentage for one teammate 🤝#WOLBUR pic.twitter.com/kkbAyNxFpp

McNeil’s contribution ensured Sean Dyche’s side are now nine points clear of the Premier League’s relegation places following their 4-0 thumping of Wolves, their top-flight status all but confirmed for another campaign.

A ruthless centre-forward performance from the New Zealand international who hit a clinical hat-trick in Burnley’s battering of Wolves, netting his first top-flight treble in clinical fashion at Molineux.

Wood’s first was a fierce drive from an acute angle to open the scoring, before finding himself in the right place to tap home McNeil’s cross and double the Clarets’ advantage.

The 29-year-old then rose highest to power home McNeil’s corner for his hat-trick, completing a brilliant all-round performance with an assist for Ashley Westwood’s sweet strike.

After a difficult start to the season Wood has now managed six goals and three assists in his past six appearances, whilst he has now reached 10+ league goals in four consecutive campaigns – a fine achievement for a forward in a Burnley side not renown for goals.