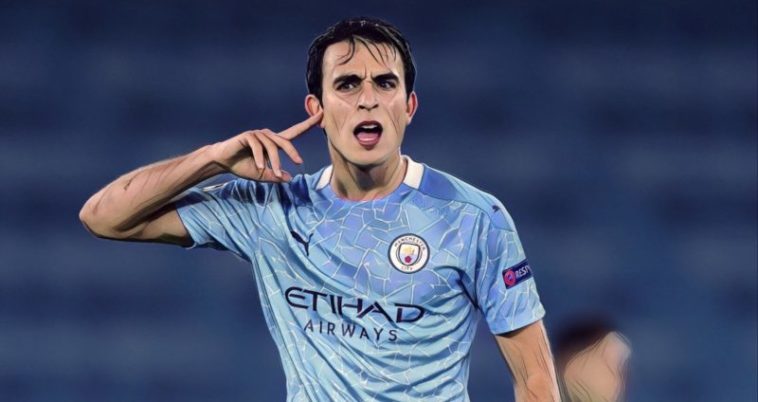 Barcelona are hoping to ‘persuade’ Manchester City into selling Eric Garcia in a cut-price deal during the January transfer window.

Garcia came through the academy system at Barcelona before moving to the Premier League and was heavily linked with a return to his former side during the summer, the Spanish side interested in securing a deal for a player who has just months remaining on his contract at the Etihad.

Ronald Koeman’s side saw a £15.4m deadline day bid for the defender rejected as City held out for £20m during the summer, though are now set to return with renewed interest and are hopeful of striking a cut-price deal during the winter window.

According to the Mirror, Barcelona are preparing to return with a fresh bid this winter, though will only offer a fee of £7m with the Catalan club hoping the threat of Garcia leaving for nothing next summer will ‘persuade’ City to do business in the January window.

City are keen for Garcia to sign a new contract and remain at the Etihad with Pep Guardiola a huge admirer of the teenager, though a face a fight to convince the player amid the lure of Barcelona.

Garcia has remained involved in the first-team despite the uncertainty surrounding his long-term future, featuring four times in all competitions so far this season.

The 19-year-old’s minutes are likely to be limited following the summer signing of Ruben Dias from Benfica, however, the centre-back having made a strong start to life in English football and expected to be the first-choice partner to Aymeric Laporte.

Read – The best Premier League stats of the weekend: Arsenal finally beat a Big Six club on the road