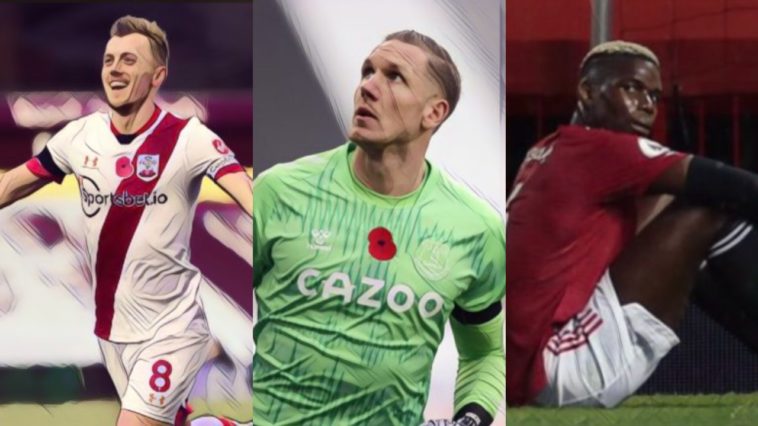 Every week we reward the best – and worst – of the Premier League action, and this week’s awards ceremony features James Ward-Prowse’s free-kick masterclass, a screamer from a Fulham new boy, and Patrick Bamford reverting to his old ways.

A decade ago Robin Olsen was so disillusioned with the sport that he decided to play with his friends in the Swedish equivalent of Sunday League football.

Since then, he’s gone on to win four league titles in Sweden and Denmark, represent his country at a World Cup and now make his Premier League debut. Whether or not he remains Everton‘s number one this season, it’s a remarkable turnaround in his career.

10 years ago #Everton keeper Robin Olsen had lost his love of the game and dropped down to Sweden's 7th tier to play with his mates – for a brief period I was playing in a higher division than him.
Today he made his #Premier League debut.

Two stunning free-kicks and an assist for another goal made it a weekend to remember for Southampton’s James Ward-Prowse, who has scored 13% of all direct free-kick goals in the Premier League since the start of last season (h/t to Daniel Storey for that stat).

The Premier League team of the week for Gameweek 7

This was a really competitive week for the best goal, we could have legitimately picked any one of about five or six, but we’ve gone for Ola Aina‘s swazzer against West Brom on Monday night. It was Fulham‘s second goal of the game and sealed their first three points of the season.

James Maddison’s pre-assist for Leicester City‘s third was very nice, splitting the Leeds defence to put the team in a position to score, but Cengiz Unger‘s lovely little chip to set up Jamie Vardy was just delicious.

The Premier League players who impressed us this week

Robin Olsen got a lot of praise for his first-half save from an Allan Saint-Maximin shot, but his save from Sean Longstaff was even more impressive, requiring rapid reflexes to stop the close range effort. 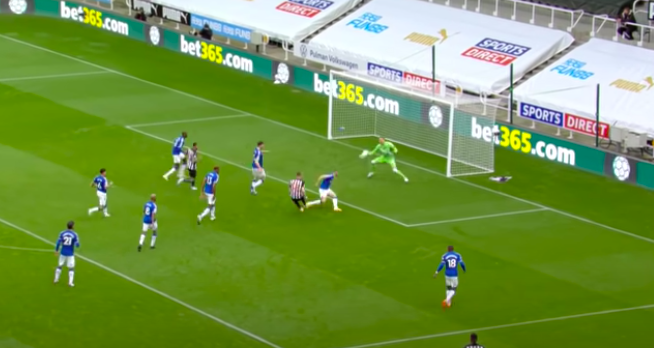 Ah, the old Patrick Bamford has reared its head. The Leeds United striker has been incredibly clinical this season, in sharp contrast to, well, the rest of his career. But he missed a number of chances against Leicester on Monday, including an absolute sitter in the second minute.

Patrick Bamford misses a huge chance for the hosts before #LCFC go up the other end and take the lead! 💥

To compound Bamford’s woe, the Foxes went up the other end and Harvey Barnes scored almost immediately after. It’s a cruel world sometimes.

Gareth Bale can now be counted among the Premier League’s elites after scoring the winner against Brighton.

The best Premier League statistics of the weekend

Quotes of the Week

Mourinho on Bale: "I am pleased for him because he deserved that. When I have five minutes I am going to Safari to look at Madrid's website to see what they say." #THFC #COYS

Paul Pogba‘s clumsy challenge on Hector Bellerín cost his team the game in a tight encounter. The Frenchman isn’t the sole cause of Manchester United‘s problems, but it’s the second time this season he has given away a penalty – and the third during Ole Gunnar Solskjaer’s reign – and deprived them of precious points.

It's a nightmare for Paul Pogba and #MUFC! 👻

The midfielder brings down Hector Bellerin in the box and Mike Dean points to the spot!

Just Roy Keane being Roy Keane. Tim Cahill was a rock of sense when talking on Sky Sports after Arsenal‘s 1-0 win over Manchester United, but the cantankerous Cork man was having none of it. The Irishman fell back on his old school attitude, as his wont, while trying to shut down his colleague’s reasoned argument.

🗣"Can I ask you one question, how many league games have Arsenal lost this season, all of a sudden Arsenal are the new Bayern Munich do me a favour?" 🤣