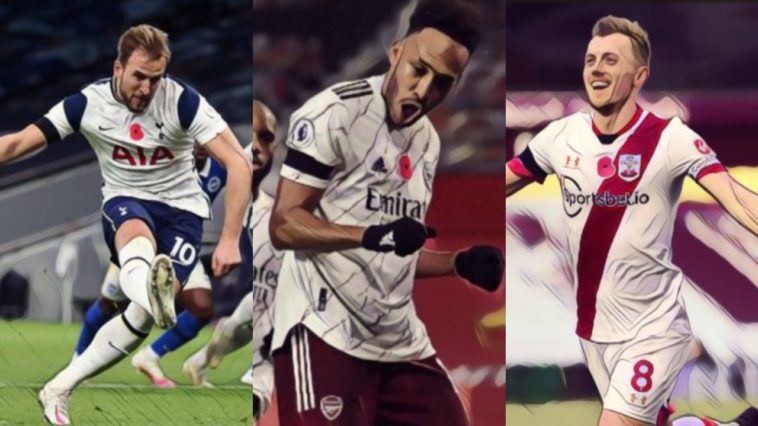 It was one of those matches where neither side deserved to win, such was the lack of quality on display in this forgettable tie between two rivals who once dominated English football. But it was Arsenal who won this battle of washed-up pretenders thanks to a Pierre-Emerick Aubameyang penalty, the first time a Gunner has converted one at Old Trafford in the Premier League era.

The successful spot kick ensured that Arsenal finally ended their 29-game run without a win away at one of the Big Six teams, whereas for Manchester United it means they have just seven points after six games – their lowest points total at this point of a season since 2013/14, when David Moyes was in charge.

Paul Pogba gave the penalty away with a foul on Hector Bellerin in the second-half, the third time he has given one away this season. No United player has conceded more than one during Ole Gunnar Solskjaer’s reign as manager.

The Red Devils have been jokingly referred to as ‘Penalty FC’ in recent times due to their ability win spot kicks – no team has won more over the past two seasons – but lately they can’t stop conceding them. They’ve given away five in their past seven Premier League home games.

Man United will need to improve their form fast if they want to avoid the kind of campaign they endured in 1972/73 – the last time they failed to win any of their opening four top-flight games at home – when they finished 18th.

Following his strike from the spot against Brighton, Harry Kane moved into the top ten in the list of the Premier League’s all-time goalscorers, level with Les Ferdinand on 149. The England striker has now scored 191 goals in all competitions for Tottenham Hotspur since debuting in 2011.

Kane is now among the most accurate penalty takers as well. Of the 12 players to have taken at least 25 Premier League penalties, only Matt Le Tissier (96%) and Thierry Henry (92%) have a higher penalty conversion rate than Harry Kane, who has scored 22 of 25 (88%).

With Kane on six goals and eight assists after just seven games, the England striker is on course to smash his personal best of 34 goals involvements in a single campaign.

The Premier League team of the week for Gameweek 7

James Ward-Prowse has always had a reputation for excelling at set-pieces, but he went to another level on Sunday, scoring from two direct free-kicks during Southampton’s 4-3 win over Aston Villa. The midfielder became just the ninth player to do so in a Premier League match and the first to do so in the first-half of a Premier League game.

It’s the eighth time he has scored from a direct free-kick for Southampton in the league, breaking Matt Le Tissier’s previous club record of seven. It’s only the second time he has scored and assisted in the same league game, the first time being in February 2018.

Quite simply, a @Prowsey16 free-kick masterclass 🤩

Danny Ings also scored what was ultimately the winning goal, taking his tally since the start of last season to 27. Only Jamie Vardy’s total of 29 goals can better him in that time. His five goals from outside the box are also a league high in that time. For the sake of their season, the Saints will be hoping his knee is not as bad as it first looked.

And one last thing…

It probably past most people by, but Adam Lallana completed his first 90 minutes in a Premier League since 2017 when he lined out for Brighton against Spurs on Sunday. Yes, that’s right: twenty seventeen.

The Englishman’s last full match came on the last day of the 2016/17 season against Middlesbrough, and he only completed the full 90 for Liverpool in cup competitions and Europe.