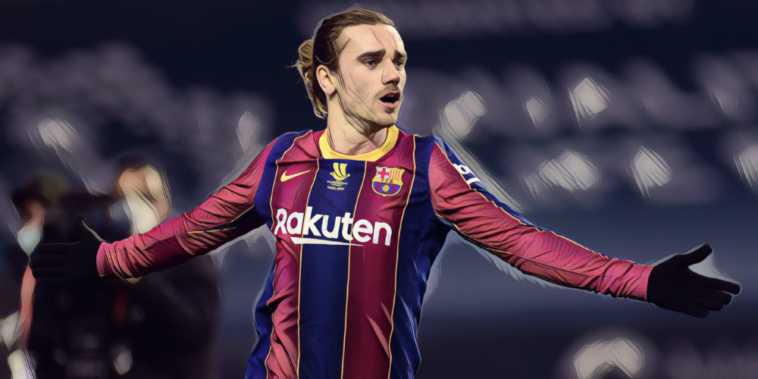 Barcelona have reportedly offered Antoine Griezmann to both Tottenham and Manchester City as the club struggle to offload the forward this summer.

The Spanish side are looking to sell Griezmann as they desperately bid to cut costs amid spiralling debts, the forward having largely disappointed since a big-money arrival from Atletico Madrid and amongst the Catalan club’s highest-earning players.

Griezmann has reportedly been offered to a number of clubs across Europe, including former side Atletico, though a swap-deal involving midfielder Saul Niguez has stalled in recent weeks.

Juventus are also said to have been contacted over a swap involving Paulo Dybala, whilst L’Equipe are now reporting that both Tottenham and Manchester City have been offered the forward.

Griezmann’s huge wages have so far prevented potential suitors from making a move with the France international reported to earn around €36m per-year before tax, a figure unlikely to be matched by either Spurs or City.

Tottenham’s stance could change should Harry Kane depart with the forward continuing to be linked with Premier League rivals after expressing a desire to leave, though chairman Daniel Levy will be cautious over the signing of an ageing player on huge wages.

Manchester United and Chelsea had previously been credited as potential destinations for Griezmann, though his future appears uncertain with Barcelona struggling to find takers for an unwanted and expensive asset.

The star signed for Barcelona in a €120m deal two seasons ago and has scored 35 goals in 99 appearances across all competitions.