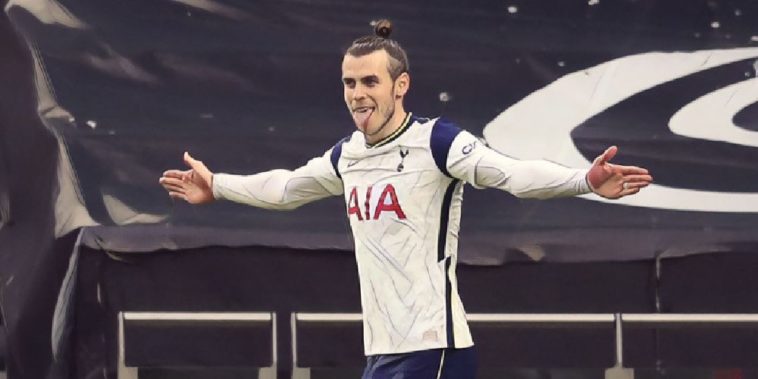 The post-Jose Mourinho era at Spurs got underway as the North London side came from behind to beat Southampton.

In a week that has been dominated by talk about breakaway competitions, Jose Mourinho’s sacking by Tottenham has been somewhat of a side note, with former midfielder Ryan Mason being installed as interim head coach becoming the Premier League’s youngest-ever boss.

Southampton started by far the brighter of the two sides, with Hugo Lloris being forced into an excellent double save in just the second minute.

The Saints would take the lead on the half-hour mark, Danny Ings making a darting run to the near post at a corner, beating Serge Aurier to the ball to send his header in off the post.

Spurs were poor for most of the first half but would earn themselves an equaliser on the hour mark through the restored Gareth Bale. Lucas Moura saw his initial shot blocked by Mohammed Salisu, the ball being controlled by the Welshman on the right side of the area, who took a touch to set himself before curling a fine effort past Alex McCarthy.

The north Londoners thought they had taken the lead with a little over 15 minutes to play with a tidy goal, a Giovani Lo Celso through ball finding Sergio Reguilon down the left, the Spaniards cross from the left being finished first-time by Heung Min Son, only for the referee to review the pitchside monitor and rule Lucas Moura to be interfering with play and therefore, offside.

VAR would however come to their rescue in the 89th minute, upgrading a free-kick on the edge of the box to a penalty, with Son stepping up and sending McCarthy the wrong way to earn interim boss Ryan Mason a debut win.

Speaking after the game, goalscorer Bale said the half time team talk brought about their second-half improvement.

“Southampton came at us and pushed hard first half, we’ve only had a couple of days with the new manager to try and do some things so it’s going to take some time,” he told Sky Sports. “But we had a good chat at half time about what we could improve and we did that second half and controlled the game and deserved the victory.”

Got Spurs back in the game with a moment of class. 🏴󠁧󠁢󠁷󠁬󠁳󠁿 pic.twitter.com/SXFrVPkSU1

Asked what they discussed at the interval, he said: “Just to be patient, positional issues as a team we’ve only had a couple of days to work on that so just minor teething issues. We’ll continue to improve for the cup final at the weekend.”

Bale’s goal was his first for the club since his bagged a brace against Crystal Palace in early March, though the Welshman insisted it was important for him to help his side, who were without the injured Harry Kane.

“It’s important for me but more so for the team and club and fans it’s not about me,” he said. “Everyone talks about me a lot but it really isn’t about me, I don’t care about me I care about trying to help Spurs and it was important to get the victory we still have a chance for top four so we will fight to the end for that.

“We need to be on the front foot a bit more, we’re a big team with great players and we need to attack more and stay higher up the pitch more.”

Headlines have of course been dominated by news of the introduction and subsequent collapse of the European Super League, and Bale was asked about his thoughts of the week’s major talking point.

“Us as players all we have been focussing on is trying to get the new manager to settle in, the matter’s closed as far as I’m concerned – it’s not happening so we’re all good we can carry on as normal.”

Next up for Spurs is a chance to win their first piece of silverware since 2008 when they take on Man City in the Carabao Cup final at the weekend.