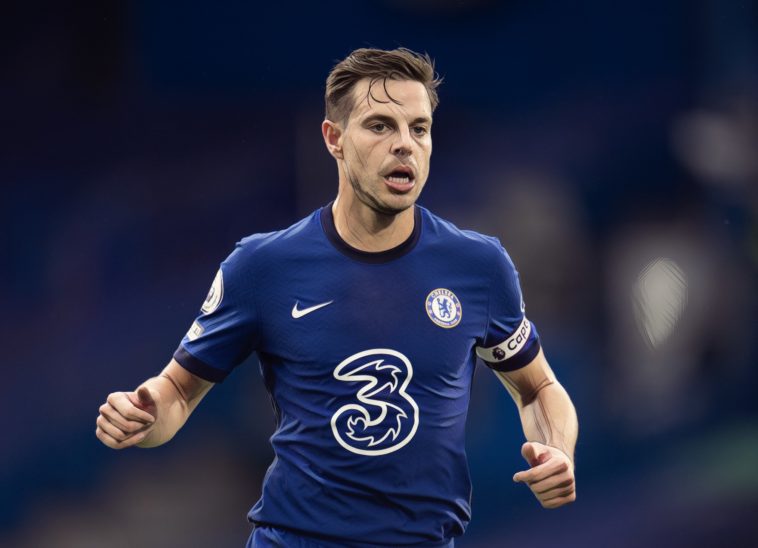 Cesar Azpilicueta is hoping Chelsea can prove themselves as London’s number one club ahead of this weekend’s huge clash with former manager Jose Mourinho and Tottenham.

Chelsea host their capital rivals at Stamford Bridge on Sunday and head into the contest in fine form, unbeaten in 10 fixtures in all competitions and having won their past six in succession following the midweek Champions League win over Rennes.

Frank Lampard’s side will face a Spurs outfit in similarly confident mood, however, with the north London side having moved top of the Premier League after beating Manchester City last weekend.

Chelsea currently sit two points behind the early league leaders and this weekend’s crucial clash provides each of the London rivals an opportunity to make a statement of intent, and Azpilicueta is hopeful the Blues can put a halt to Spurs’ title chances once more.

Chelsea memorably ended Spurs’ hopes of winning the Premier League in an ill-tempered clash christened the ‘Battle of the Bridge’ four years ago, and the Spaniard says his side are keen to prove themselves as London’s best once again this weekend.

“It’s one of those kinds of games when you usually feel a special atmosphere at the Bridge and that game [in 2016], we were having a terrible season, we were losing 2-0 at half-time,” Azpilicueta said, as per the Telegraph. “But, in the second half, the electricity around the stadium… I think something clicked that day that even though we were not playing for anything, just to not let Tottenham win the league. It was not only the game, it was the title race as well that they were involved in.

“Every year is different and we had a very good record against them until two or three seasons ago when we lost, but, hopefully, we can keep beating them at the Bridge.

“Since I arrived at Chelsea, I always tried to have the winning mentality of every game to finish at the top for the top trophies. That includes being the top team in London and we want to be at the top because that means we are the No 1s. That’s what we fight for. We are in good form and, hopefully, we can improve on last season and now reach higher levels.”

The visit of Spurs will also see the return of former manager Jose Mourinho to Stamford Bridge, the most successful manager in Chelsea’s history having recently celebrated a year in charge of their London rivals.

Mourinho won three Premier League titles across two spells with Chelsea but is now masterminding their rival’s pursuit of success, though Azpilicueta has played down the significance of the club’s latest reunion with the 57-year-old and says both teams sole focus will be on securing a vital three points.

“That’s football,” he added. “I think Jose has a great history in Chelsea, but, after, football moves on.

“We played against him when he was in Manchester United and now he’s in Tottenham. Obviously, we are professional and we want our team to win and, obviously, I’m sure Jose will want the same as us which is to win the game.

“Any game against Tottenham is always a big derby, we know that everybody wants to be part of it. Both teams, we are in really good form. Whatever happens, there is still a long season ahead, but, obviously, in such a big game like this, with both teams coming in this form, it’s an important game for everybody and, hopefully, we will be at our best because we will need to be.”