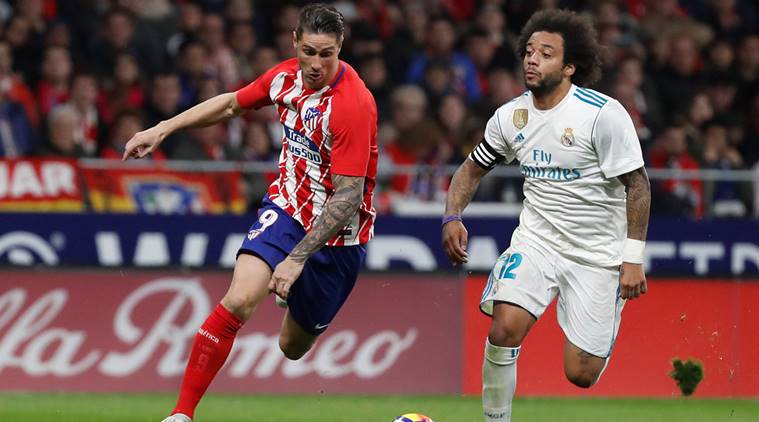 Both teams had to be content with a disappointing result in the Madrid derby on Saturday as they failed to break the deadlock. Both clubs are now 10 points behind Barcelona. Here are five things we learned from the tie.

Throughout the season, if you read my reports, you’ll know that I’ve written something like “Real dominated but couldn’t score” in almost every article. Well that applies here too. Real had 65% possession, 14 shots, but failed to score. Ronaldo and Benzema were blunt, build-up play was repetitive and boring, you know the deal.

This means that the attack is well and truly dysfunctional and needs to be changed in one way or the other. Either Zidane needs to masterfully change up the system, or get new players. The latter would be welcome, as the club is at a shortage for attackers anyway.

Another constant in Real’s games this season has been bad calls by the officials. Like the bad attack, bad referees were also present last night. Real were denied five penalties, Savic and Correa should’ve been sent off, the list goes on and on.

Despite the RFEF confirming that VAR will be introduced next season, this one has been plagued with bad decisions. Not only Real, but other clubs in Spain’s top flight have also been a victim of this.

Last season, Zidane’s tendency to rotate the team was what warranted a lot of praise from critics and fans alike, the story is drastically different this season. Zizou has been stubborn with his selections, benching players playing well and starting ones who are not.

Karim Benzema is one example of the latter. The Frenchman has been disappointing all season and definitely deserves to be benched. Dani Ceballos is the opposite. The young midfielder scored a brace earlier in the season and has been impressive when given the chance.

This would also motivate the starters to perform well, as their spot in the squad wouldn’t be guaranteed, putting the pressure on them.

Atletico are similar to Real in more ways than we know.

Atletico have had a terrible conversion rate, have faced more shots compared to previous seasons, have had low shots on target, exactly what Real have had throughout the campaign.

Although Real’s woes can be owed to bad individual performances, Atletico are under a transfer embargo, meaning they won’t be able to benefit from their signings until January. Whether Atletico can bounce back in 2018 is to be seen.

Both teams are a chore to watch as of now.

Over the past two or three years, both Real and Atletico have improved their play style, becoming faster, more efficient and better-looking. This season has been the polar opposite. Both teams have been dull, sloppy, slow and practically unwatchable.

Whether this has to do with injuries, internal problems, transfer bans or simply bad form, will probably be revealed in the coming months. But for now, we hope for a better future for the Madrid clubs.