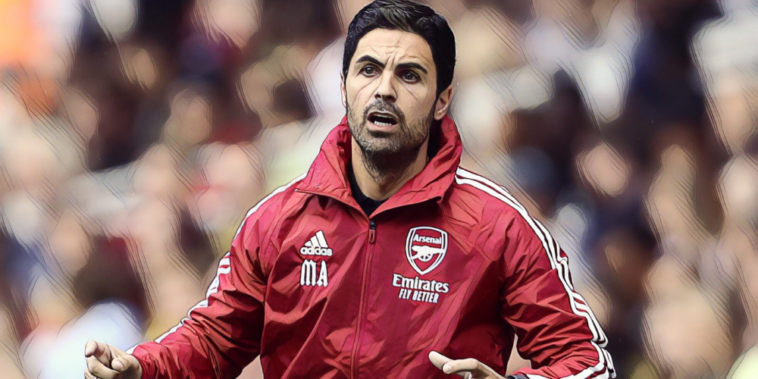 Mikel Arteta insists the the ‘reaction has been incredibly positive’ to Arsenal’s opening defeat at Brentford, ahead of a ‘tough’ clash against Chelsea at the Emirates this weekend.

Arsenal‘s season began in disappointing fashion as the Gunners were beaten 2-0 at newly-promoted Brentford last Friday, a lacklustre showing ending in defeat against the Bees.

The Gunners were dealt a blow as Pierre-Emerick Aubameyang and Alexandre Lacazette were ruled out of the clash through Covid-19, and Arteta has discussed his side’s reaction to the loss ahead of Sunday’s London derby clash with Chelsea.

“We had an incredible 48 hours before the match which created uncertainty and an unprecedented Arsenal line up. We tried everything in that game and it didn’t work out but internally the reaction has been incredibly positive.

“It’s one day and we have the whole season ahead of us and any negativity surrounding the team will be outside of these walls.”

“After a defeat the best way to put things away is to win football matches – when you win you create a different energy and environment,” he added. “Our focus is to get the best possible performance and then the result will be a consequence to that.

“I think I have had bigger challenges since being here in the last 18 months. There’s a lot of things that have happened.”

Meanwhile, Chelsea began the new season with a comprehensive win over Crystal Palace last weekend, whilst the Blues are set to be boosted by the presence of £97.5m summer signing Romelu Lukaku this week.

Arteta is anticipating a difficult afternoon against the reigning European champions, insisting his side are expecting a ‘tough match’ against their capital rivals.

“We expect what they’ve done over the last few years. they are a top team with world class players and a top manager. they are champions of Europe and we expect a tough match. We are going to go there and try to win the football match.”

Arteta is unsure as to whether Aubameyang or Lacazette will be fit to return against Chelsea, while Martin Odegaard is also unavailable despite completing a permanent move from Real Madrid this week as the Gunners await clearance of the Norwegian’s visa.

“It’s still very uncertain. I cannot give any answers today. I don’t know if they can train in a few hours and if they are going to be able to compete at the weekend. I don’t know.”

Read – For the love of defending! – Five of the best Italian defenders of modern times