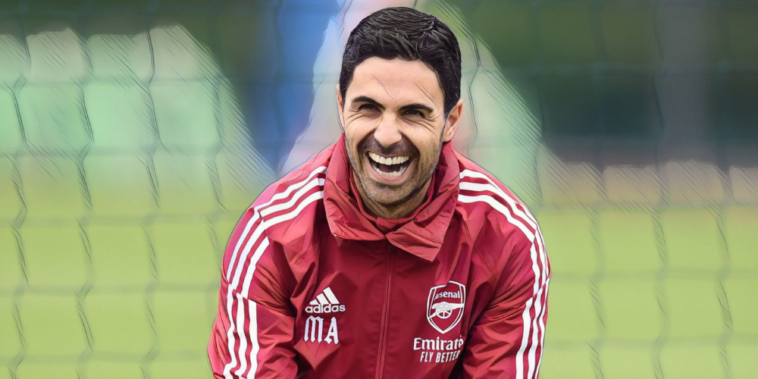 Mikel Arteta has defended Arsenal’s summer transfer business after the club confirmed Martin Odegaard signing, while discussing why Arsenal have identified Aaron Ramsdale as the ‘ideal option’ to add to their goalkeeper ranks.

Arsenal have secured the signing of Odegaard on a permanent deal from Real Madrid, with the midfielder having enjoyed a productive loan spell at the Emirates last season.

The north London side have paid a fee of around £30m for the Norway international and Arteta has outlined what he believes the ‘unique talent’ of Odegaard can bring to his side this season.

“A lot of things he brought last season. He made us better,” Arteta told his pre-match press conference ahead of this weekend’s clash with Chelsea.

“We needed more options, alternatives, creativity and players who can be mortals in this football club. He’s a young man but he has a lot of experience with huge clubs already. He has a unique talent and I’m delighted that the club has made an effort and now we have Martin in a permanent deal here.”

Arsenal are also closing in on the signing of Sheffield United goalkeeper Aaron Ramsdale, with the 23-year-old has undergone a medical with the Gunners after a deal in principle was agreed for the England u21 international.

Ramsdale – who will sign for an initial fee of £24m – will provide competition and cover for Bernd Leno, though Arteta failed to confirm whether the star would be available to face Chelsea.

“We will see. there is still some paperwork getting done. He has done his medical but there are still things to resolve so we will have to wait.”

Arteta discussed the qualities that Ramsdale will bring to the side, believing the youngster provides the ‘ideal option’ to provide ‘healthy competition’ at this stage of his career.

“It’s what we want, it’s always been the case at this club,” he said. “We will have two different profiles and two different stages in their career. Aaron [Ramsdale] is a talented young keeper with huge experience and has international experience for England. He will bring competition and that’s what we want to create – healthy competition, quality competition in every position. We identified Aaron as the ideal option.”

With Odegaard and Ramsdale’s signing’s taken into account, Arsenal are so far the highest spenders in the Premier League with an outlay of £129m, though the Spaniard defended the club’s transfer business after signing a number of young players.

“With the money we’ve spent, we’re going to have seven players that have left the club and five that have come in so we’re not bringing in more players than we already have it’s already a bit turn around.

“We’re going to try and do it in the right way so we’re stable. It’s a clear indicator of what we’re doing that we’ve signed players between the ages of 21-23 and tells you the project that we’re building.”

Read Also – For the love of defending! – Five of the best Italian defenders of modern times