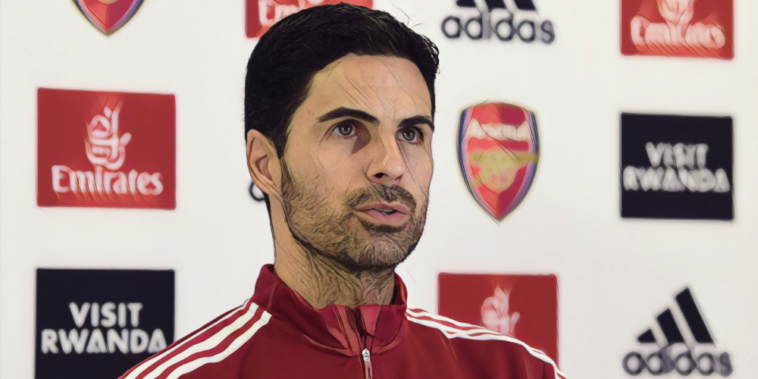 Mikel Arteta predicts there will be ‘twists’ in the race for Champions League football but admits he won’t be satisfied should Arsenal finish fourth.

Arsenal travel to face Southampton this weekend looking to bounce back from the setback of consecutive Premier League defeats, with the Gunners having dropped out of the top four as a result.

Arsenal are now three points behind Tottenham with a game in hand on their North London rivals, whilst there are just six points separating Spurs in fourth and Manchester United in seventh.

The Spaniard believes the club’s ambitions should be higher than fourth and is aiming to soon be challenging at the top of the Premier League.

“Whoever manages to win more games and play better,” Arteta said at his pre-match press conference when asked who has the upper hand in the top four race.

“There’s going to be some twists still for sure and the pressure and situation is going to keep changing between now and the end of the season. We have to be focused on us and what we have to do.

“I think it’s related to our history [not the Spurs rivalry] and we want to be not fourth, but third, second or first, and that’s what we have to do.

“That’s always within every supporter and anybody who has any connection with the club, so the moment you see the team doing better and having better aspirations, your tendency is to get excited about it and I think that’s the right reaction.

“Every game [is important], but obviously when you lose, the next game takes more importance and we know that.”