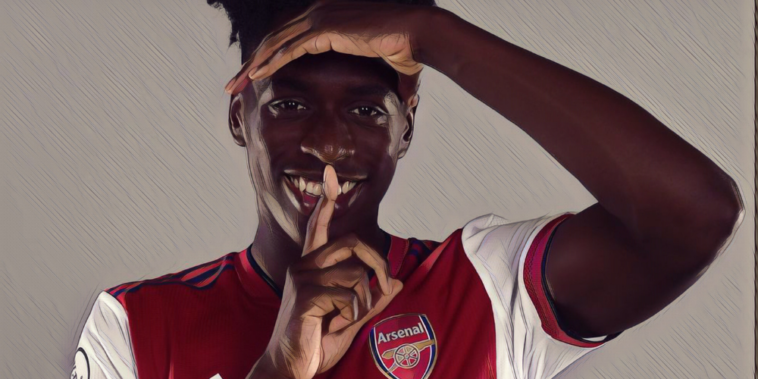 Mikel Arteta has hailed the qualities of Albert Sambi Lokonga after Arsenal completed the signing of the Anderlecht midfielder on a long-term deal.

The 21-year-old has signed in a deal reportedly worth an initial £15m after impressing since coming through the ranks at the Belgian side, earning his first international call-up with Belgium during March’s World cup qualifiers.

The midfielder will add much-needed depth to the Gunners’ central options ahead of the new season following the return of loanees Martin Odegaard and Dani Ceballos to Real Madrid.

Arteta has opened up on the signing of the promising midfielder and has hailed Lokonga’s football intelligence, believing the mature youngster is ready for the ‘next stage in his development’ in the Premier League.

“Albert is a very intelligent player who has shown great maturity in his performances during his development,” Arteta told the Arsenal website.

“He has been coached well by Vincent Kompany and his team at Anderlecht. I know Vincent very well and he talks so highly about Albert and the positive impact he had to Anderlecht in recent seasons.

“We’re confident Albert’s ready for the next stage in his development and we’re looking forward to welcoming a new member to our squad with his quality and presence.”

Read – Player Analysis: Ben White is an excellent fit for Arsenal, but did they need him?