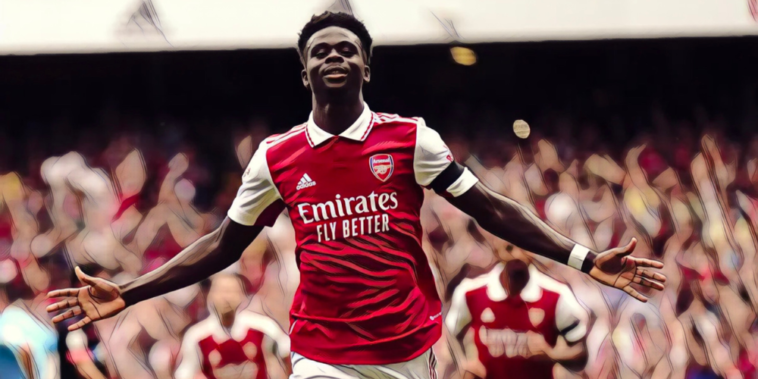 Arsenal take on Tottenham in a huge North London derby clash this weekend, with the two teams separated by just a point at the top of the Premier League after strong starts to the season.

Here is everything you need to know about Saturday’s clash at the Emirates.

Arsenal are the Premier League leaders and will arrive into this weekend’s game in confident mood, having won six of their seven league games so far this season.

Mikel Arteta’s side also made a winning start to their Europa League campaign and confidence is increasing about a successful season at the Emirates.

Gabriel Jesus and Oleksandr Zinchenko have shone since summer arrivals from Manchester City, while William Saliba has been excellent since his return from his loan at Marseille. The centre-back has featured for France over the international break and scored in the win at Brentford last time out, his second of the season so far.

Working for the weekend 👊

The win over the Bees was the latest banana skin an improving Arsenal have navigated, having secured comfortable wins at Crystal Palace (2-0) and Brentford (3-0), two venues where the Gunners came unstuck last season.

Tottenham remain one of two unbeaten teams in the Premier League this season, having made their joint-best ever start to a campaign.

Spurs’ 17 points from seven games equals their start in 2016/17, in which the north Londoners ended the season as runners-up in the Premier League.

However, Antonio Conte’s side were beaten at Sporting Lisbon in the Champions League as two late goals downed Spurs in Portugal, while their first-half performance in the win over Leicester was unconvincing.

Son Heung-min’s second-half hat-trick eventually earned Spurs a flattering 6-2 win over the Foxes and Conte will hope the South Korean can now find the form that led to Golden Boot success last season.

Tottenham thrashed ten-man Arsenal 3-0 in the last meeting between the teams, a result which swung the Champions League momentum back in favour of Antonio Conte’s team.

Arsenal could have secured a top four finish with a win at Spurs, but Harry Kane’s double and Son Heung’min’s strike saw the hosts cruise to a comfortable win at the Tottenham Hotspur Stadium.

Next up: the North London Derby ✊ pic.twitter.com/q0YVwButp9

A feverish atmosphere greeted the teams in north London and it was Spurs who rose to the occasion, as Kane’s first-half double – which came either side of a red card for Rob Holding – put the home team in control. Son wrapped up the win two minutes into the second half and it was a loss that Arsenal failed to recover from.

Defeat at Newcastle in their following fixture – the club’s fifth in nine matches – allowed Spurs to overhaul their fierce rivals to claim Champions League football.

What channel is Arsenal vs Spurs on?