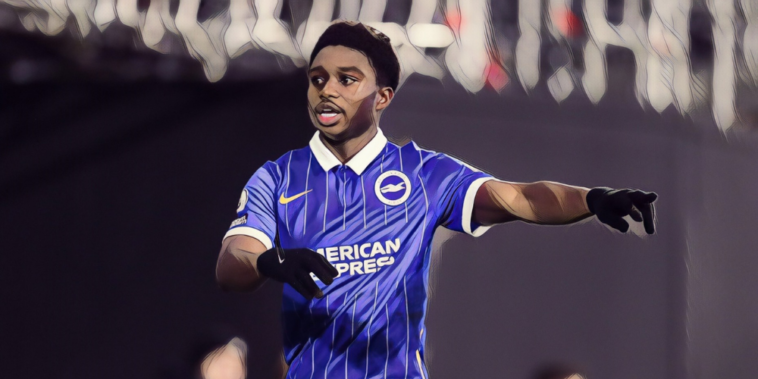 Arsenal will reportedly target a move for Tariq Lamptey as a replacement for Hector Bellerin should Barcelona firm up their interest in the full-back.

Bellerin has been linked with a potential return to Barcelona with presidential candidate favourite, Joan Laporta, having outlined his intent to make a move for the former La Masia graduate should he be elected at the Camp Nou.

Should Bellerin depart, the Mail is reporting that Arsenal are considering a potential move for Lamptey as a replacement, with the youngster having impressed since signing for Brighton from Chelsea in a £5m deal last January.

Lamptey’s decision to leave Chelsea in search of first-team football has been vindicated and he has made a strong start to the current campaign, making 11 league appearances and winning admirers for his attacking displays from right-back.

The 20-year-old is part of an emerging contingent of right-back options for England and has been capped twice at U21 level for the national side, earning his first cap for the Young Lions against Austria in September.

Brighton are likely to be reluctant to lose the youngster following his performances since arriving at the Amex Stadium, however, with Graham Potter’s side set to make a significant profit on the player should offers arrive from interested parties.