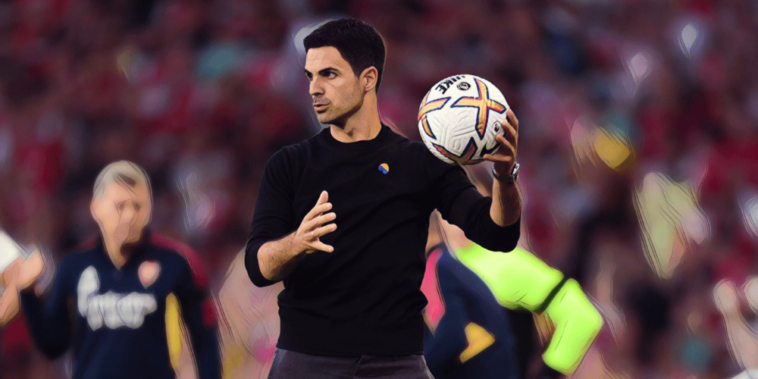 Arsenal are said to be prepared to back Mikel Arteta during the January transfer window amid confidence that the club can compete for the Premier League title.

Arsenal are top of the table after the club’s best ever start to a Premier League season, two points ahead of champions Manchester City after winning nine of their opening 11 games.

The Gunners are keen to avoid potential burnout from a squad that lacks the depth of rival sides and the Sun are reporting that Arteta will be handed funds to strengthen his side in key areas this winter.

Arsenal are keen to capitalise on a strong start, with rival teams also in transition, and will target additions to ease the workload on key personnel.

There are already concerns over the demands placed on the likes of Granit Xhaka and Bukayo Saka this season with signings targeted in midfield and further forward.

Arteta failed with a deadline day bid to sign Douglas Luiz from Aston Villa to add to his midfield and the Brazilian has since signed a new contract at Villa Park. Arsenal could instead revive their interest in Palmeiras prospect Danilo, having seen an approach turned down for the 21-year-old during the summer.

Villarreal’s Yeremy Pino and Shakhtar Donetsk’s Mykhaylo Mudryk are under consideration to bolster the club’s stocks in wide areas. Mudryk has starred during this season’s Champions League group stage, with three goals and two assists for the Ukrainian side.