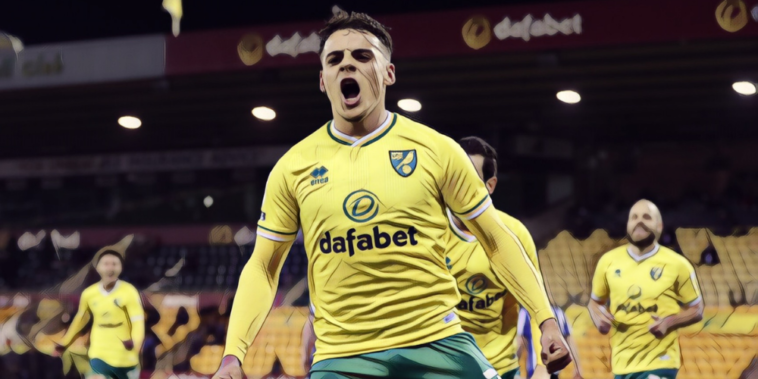 Arsenal are prepared to offload Hector Bellerin this summer with Norwich defender Max Aarons lined up as a replacement at right-back.

Bellerin signed for the north London side from Barcelona a decade ago before breaking into the first-team squad as a teenager, with the full-back having since gone on to make 236 appearances across all competitions for the Gunners.

The 26-year-old was linked with an exit last summer with Paris Saint-Germain interested in his services and Arsenal are reportedly willing to allow the defender to leave at the end of the campaign.

Bellerin has struggled to fulfil his initial potential amid a series of injuries and has fallen out of favour this season, with recent reports having suggested the four-cap Spain international is keen on a new challenge away from the Emirates.

According to 90min, Arsenal are lining up a move for England u21 international Aarons as his replacement as Mikel Arteta bids to ‘breathe new life’ into his squad following a disappointing domestic campaign.

Aarons impressed despite Norwich’s relegation from the Premier League in 2019/20 and remained with the Canaries last summer despite rumoured interest from Bayern Munich and Barcelona, playing an integral role as Daniel Farke’s side earned an instant return to the top tier this season.

The 21-year-old – whose list of admirers also includes Everton, Tottenham, West Ham, Leicester and Crystal Palace – is valued at around £30m by Norwich who will not stand in the defender’s way should their asking price be met.

Arsenal are preparing for a busy summer in the transfer market and are hopeful of raising funds through the sales of several first-team stars, the likes of Eddie Nketiah, Ainsley Maitland-Niles, Lucas Torreira and Matteo Guendouzi amongst those expected to depart.