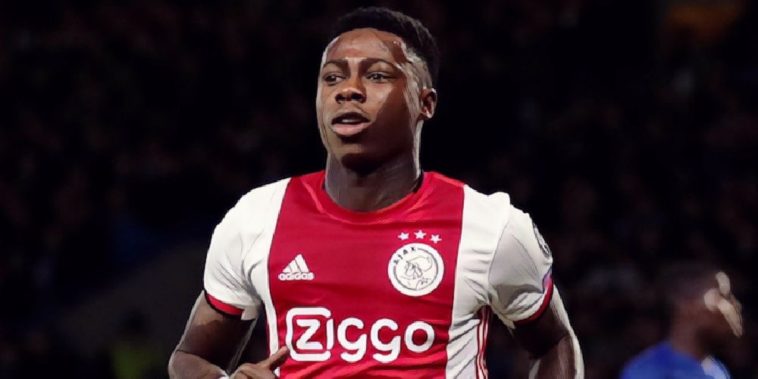 Arsenal are being linked with a move for Ajax forward Quincy Promes as the club reportedly looks to strengthen their attacking options ahead of next season.

Mikel Arteta is pressing ahead with his recruitment plans despite the financial impact of the coronavirus pandemic at the Emirates, the north London side having controversially announced the decision to make 55 staff members redundant in order to help investment in the playing squad.

The latest player linked with the Gunners is Netherlands international Promes, the Sun reporting that Arsenal are considering an offer of around £25m for a player who has impressed since moving to Ajax from Sevilla last summer.

Promes scored 16 goals and provided a further five assists in 28 appearances for Ajax this season, establishing himself as a key figure in the club’s attack before the curtailment of the Eredivisie season.

The 28-year-old has also scored seven goals in 42 appearances for the Dutch national side and would add both experience and quality to Arsenal’s attacking options, though an approach would seem strange given the Gunners’ needs and current financial restrictions.

Arsenal seem to be well-stocked in attacking areas and are also expected to announce the free signing of Willian from Chelsea in the coming days, whilst club captain Pierre-Emerick Aubameyang is also reportedly edging closer to the signing of a new and improved contract at the Emirates.

Arteta has also made strengthening the spine of the side a priority with reinforcements required in both midfield and defence, Atletico Madrid’s Thomas Partey and Lille defender Gabriel Magalhaes amongst the names reportedly on Arsenal’s transfer wish-list.