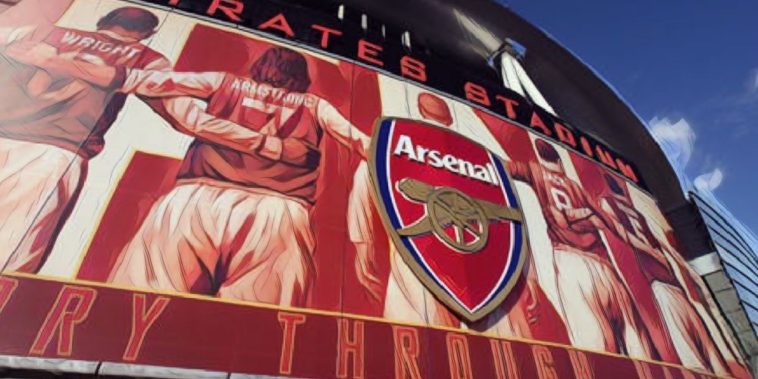 Football and it’s finances have been a huge topic of conversation amid the ongoing pandemic, though Arsenal have now somewhat controversially taken steps to lay off 55 of their staff.

Football’s suspension across Europe – combined with its behind-closed-doors restart – has seen revenues across the game plummet, the lack of supporters costing clubs millions in matchday revenues, while Premier League sides also face the prospect of handing back £340 million in broadcasting revenues.

A number of top clubs were widely criticised for attempting to utilise the government’s furlough scheme, though Arsenal managed to agree a wage reduction among the club’s playing and coaching staff of 12.5 per cent.

The club have now released a statement from Head of Football, Raúl Sanllehi and Managing Director, Vinai Venkatesham, announcing their intention to make 55 staff redundant, citing the clubs ‘significantly’ reduced revenues in what is ‘one of the most challenging periods’ in their history.

However, in what seems a controversial move, the statement admitted that the job losses will enable the club to ‘invest in the team’ – the North London outfit having been linked with offering Chelsea winger Willian the three-year deal he desires, while also attempting to keep Pierre-Emerick Aubameyang at the Emirates with an improved £250,000-a-week deal.

“Throughout the COVID-19 pandemic we have been working hard to ensure that Arsenal Football Club emerges in a robust and strong position for the future,” the statement reads.

“In line with other football clubs and many other businesses operating in the sport, leisure and entertainment arena, we have been impacted directly by COVID-19.

“Our main sources of income have all reduced significantly. Revenue from broadcasters, matchday and commercial activities have all been hit severely and these impacts will continue into at least the forthcoming 2020/21 season.

“The pandemic represents one of the most challenging periods in our 134-year history and we have responded promptly by implementing wide-ranging measures to reduce our costs. Our players, senior football staff and executive team have volunteered pay cuts, we have stopped pretty much all of our capital spending, and our discretionary operating expenditure has been strictly controlled.

“We have also received significant financial support from our owners, Kroenke, Sports & Entertainment in terms of refinancing our stadium debt.

“These steps have all reduced the impact of the pandemic on the club and have helped us continue to maintain investment in the team. This will continue to be a key priority.

“It is now clear that we will be facing more significant and longer-lasting reductions in our revenue than we all hoped. Current indications are that we will not have fans back at Emirates Stadium for the start of next season and fans will only be able to return in limited numbers after that. The global economic projections are also very negative.

“This will impact the disposable income of our fans, the money corporate clients have to spend on hospitality and sponsorship, and the ability for broadcasters to invest in TV rights.

It’s a really, really bad look for Arsenal to be thinking about signing any new players (even a free agent like Willian) while proposing 55 redundancies #AFC

“We all hope there will be no “second wave” but we also need to accept that is one of the many uncertainties ahead of us and plan accordingly.

“Over recent years we have consistently invested in additional staff to take the club forward but with the expected reduction of income in mind, it is now clear that we must reduce our costs further to ensure we are operating in a sustainable and responsible way, and to enable us to continue to invest in the team.

“Our aim has been to protect the jobs and base salaries of our people for as long as we possibly can. Unfortunately, we have now come to the point where we are proposing 55 redundancies.

What is so infuriating about decisions like Arsenal's is that the cost of the people losing their jobs is a drop in the ocean compared to what they pay to players, some of whom aren't even used.

“We do not make these proposals lightly and have looked at every aspect of the club and our expenditure before reaching this point. We are now entering the required 30-day consultation period on these proposals.

“We know this is upsetting and difficult for our dedicated staff and our focus is on managing this as sensitively as possible.

“These proposed changes are ultimately about ensuring we take this great football club forward, creating the right organisation for a post-Covid world, and ensuring we have the resources to return to competing effectively at the top of the game here and in Europe.”

It is being reported that the club’s scouting team is being targetted by the redundancies, the Mail claiming that Francis Cagigao could be one of the high profile casualties from the club, the ‘influential’ scout having been involved in the club spotting talents such as Cesc Fabregas, Hector Bellerin and most recently, Gabriel Martinelli.

It also reports that Head of UK scouting, Peter Clark, and fellow recruitment specialist Brian McDermott, have also been told that they will lose their positions.

The Ultimate Champions: The five outfield players to play every minute for a Premier League title winning side