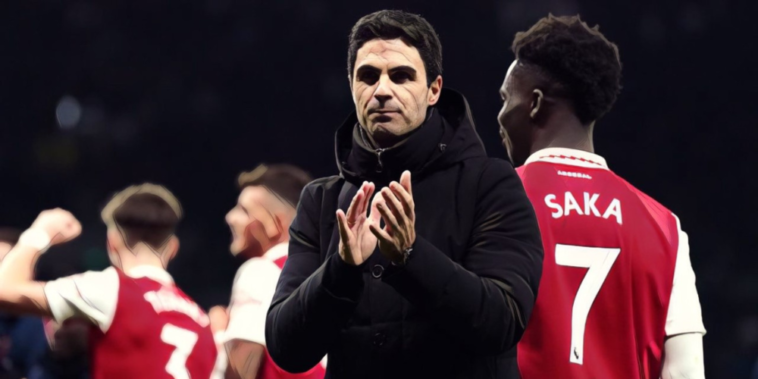 Arsenal will not panic buy during the January transfer window despite missing out on the signing of Mykhaylo Mudryk to Chelsea.

Arsenal had made Mudryk their top target for the winter window and appeared to be leading the race for his signature, until Chelsea swooped in with a superior offer to sign the Shakhtar Donetsk winger in an £88m deal.

Mikel Arteta remains keen to add to his squad and strengthen Arsenal’s title credentials, but the Gunners will not panic buy this month.

The north London side made a bid of £62million plus a further £26m in add-ons for Mudryk and The Sun are reporting that Arsenal fear that the price-tag of alternatives will have now increased after the public reveal of their budget.

Arteta will not make any signings this month unless a player becomes available who fits into the club’s long-term plans, with money spent in January set to impact the Gunners’ summer budget.

Arsenal have made Declan Rice a leading transfer target, but the West Ham captain will not be allowed to leave mid-season with the Hammers in the Premier League’s relegation places.

Arteta wants to add a wide forward to his options this month, while a left-sided centre-back will also be targeted across the next two transfer windows. Raheem Sterling has been linked.