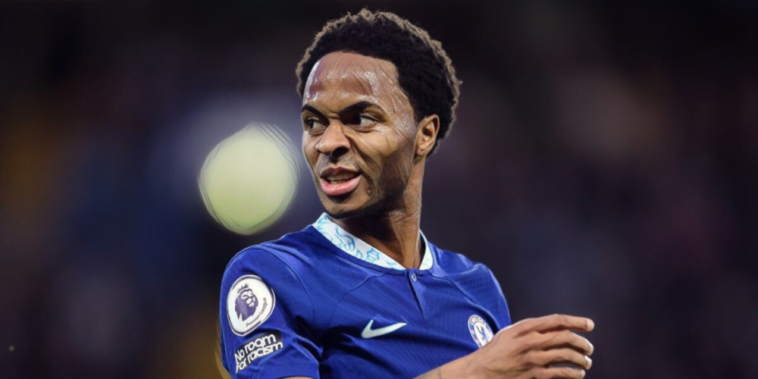 Arsenal are being linked with a move to sign Raheem Sterling from Chelsea after missing out on the signing of Mykhailo Mudryk to their London rivals.

Mikel Arteta had made Mudryk his top transfer target for the January transfer window and Arsenal had appeared favourites for his signature, but saw Chelsea swoop in and sign the Shakhtar Donetsk winger in an £88m deal.

The Gunners remain keen on signing a wide forward this month as Arteta looks to improve his options in the final third and Fijaches are reporting that Sterling has emerged on Arsenal’s radar.

Sterling signed for Chelsea in a £47.5m deal from Manchester City last summer, but has struggled to make the desired impact and has just four league goals in 15 appearances.

He had scored 131 goals across seven seasons at City, where he won four Premier League titles among his major honours.

The 27-year-old now faces increased competition for a place in the Chelsea side from Mudryk and the Spanish publication claim Arsenal could offer Sterling an exit.

Arsenal were reportedly interested in a deal for the England international last summer and could renew their interest as the club look to bolster their title challenge.

Arteta has previously worked with Sterling during his role under Pep Guardiola at Man City, and the Spaniard has since lured Sterling’s former teammates, Gabriel Jesus and Oleksandr Zinchenko, from the Etihad to the Emirates.

Arteta’s side extended their lead at the top of the Premier League to eight points after a 2-0 win over Tottenham in the North London derby last weekend, as the Gunners chase a first top-flight title since 2003/04.